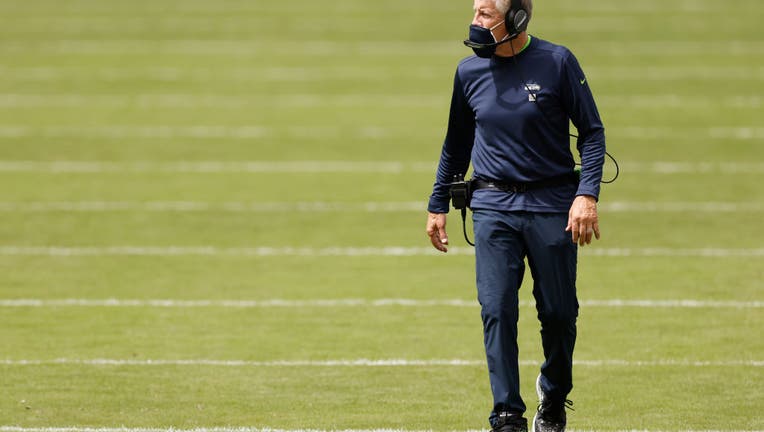 SEATTLE - It’s now been close to two weeks since the Seahawks parted ways with offensive coordinator Brian Schottenheimer – and not only does the search continue, the list of potential replacements continues to grow.

From my perspective at least, that’s a really good thing.

Over the weekend, ESPN reported that the Seahawks are hoping to interview Bills quarterbacks coach Ken Dorsey and that they’ve also been speaking with Rams pass-game coordinator Shane Waldron and Saints quarterbacks coach Joe Lombardi, who is reportedly heading to the Chargers. Add the reported conversations they’ve had with a bunch of other candidates, from recently fired head coaches, to former college assistants under Carroll, it seems that the Seahawks are casting a pretty wide net.

Frankly, I love that. Because it shows that even though Pete Carroll is intent on running the football more next season, there are many different ways to approach that goal. And at the very least, these conversations are likely bringing a whole bunch of different perspectives to the table.

Three years ago, the Seahawks hired Schottenheimer just a few days after firing Darrell Bevell. While it showed an impressive amount of decisiveness, that process was likely much different than the one they face now. It will take a special individual who can find a way to represent Carroll’s philosophical priorities on offense while still maximizing the Pro Bowl abilities of Russell Wilson. And contrary to popular belief, I don’t think that’s impossible.

Imagine if Russell Wilson was a quarterback on either team instead of Jimmy Garoppolo or Jared Goff. With those offenses? You could make a case they would’ve won it all.

As long as Carroll – and Wilson for that matter - are willing to get away from the traditional way of running the football and open to embracing new and innovative ways to attack defenses in the running game, the Seahawks might be on the right path. As I’ve mentioned before, Carroll has always been open to learn new concepts (see: His willingness to study the K-Gun offense under Marv Levy in Buffalo last offseason), but in the end, refuses to veer from an overall philosophy that he believes is tried and true.

And yes, as Russell Wilson said, this new hire is important for his own career. But the great ones always find a way.

If 43-year-old Tom Brady can thrive in a brand new offensive system after 20 years in New England, 32-year-old Wilson can do the same in Seattle.

At the end of the day, we know Wilson is capable of "cooking" – the first half of this season taught us that much. Imagine the feast he could whip up if opposing defenses actually feared a nuanced running game too. That’s what a new offensive coordinator will be tasked to do. Which is why finding their new coordinator could be taking longer than just a few days – it’s imperative that their selection is the right fit.

And in a city known for its innovation – at the heart of new ideas and cutting-edge technologies – the Seahawks must be willing to take a contemporary approach to an older philosophy.

You can run the ball more and be successful.

But HOW they accomplish it seems to be the biggest key of all.