Commentary: Next Sunday is a chance for Seattle to shine as Soccer Capital USA

Next Sunday, OL Reign play the Portland Thorns at 4, followed by the Sounders hosting the Timbers at 7:30 with one ticket good for both matches

One week from tonight will be an historic event at Lumen Field. A chance to see two major rivalry matches, back-to-back, between Seattle and Portland. And the timing couldn’t be any better.

Next Sunday, OL Reign play the Portland Thorns at 4, followed by the Sounders hosting the Timbers at 7:30 – with one ticket good for both matches. It was initially billed as a celebration of soccer and a showcase of fans in this region, but we’ll also see two teams in the middle of an incredibly special run.

Not only are both clubs finding their stride right now, they’re both coming off of ridiculous comeback wins yesterday that are still leaving us thinking "How the heck did that happen?"

The Sounders were down 1-0 in the 88th minute at Columbus, when they not only scored the equalizer, but then the game winner one minute later. It capped the third straight road win for Seattle in the last seven days. According to the team, it’s the first time in club history the Sounders have earned nine points in a three-match road stretch in club history. 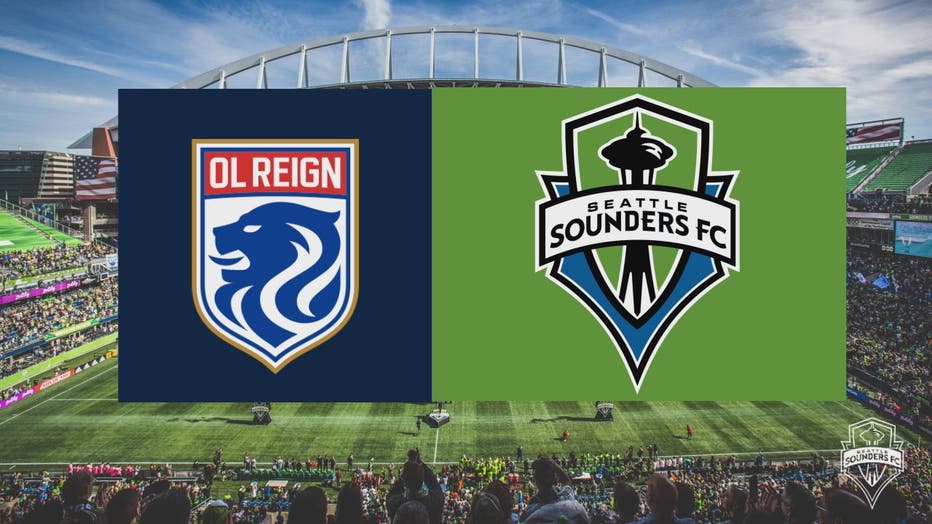 Local historian Frank MacDonald also tweeted that the last Sounders team to pull off three or more consecutive wins, all on the road, was 2002, when they were in the USL. And by the way, their head coach just happened to be Brian Schmetzer, in his first season with the club.

And while the Sounders are now back in first place in the Western Conference, OL Reign have come out of nowhere to contend for a playoff spot with nine matches left.

Last night in Tacoma, Reign came back from a 2-0 deficit to beat Gotham FC, 3-2. The impressive win capped a stretch of seven matches where Reign have gone 5-2. To be clear, after starting the season 2-5-1, leading to the resignation of their head coach, OL Reign have turned it all around and have a chance to turn this season into something special.

Consider this: OL Reign have now had the league’s player of the week three of the last four weeks. Olympians Megan Rapinoe, Rose Lavelle and Quinn have now returned and were honored last night. Reinforcements like Eugenie Le Sommer have helped spark this latest run. And last night also marked the return of longtime coach Laura Harvey, who led Reign to its most successful seasons in 2014 and 2015.

I mean, how’s this for symmetry: According to MacDonald, Harvey’s last win as Reign coach was actually the last time the club came back from 2-nil down to win a match, close to four years ago. And in her first match back yesterday, they did it again.

Which means you could not find a more perfect time for what’s taking place one week from tonight. Normally, nothing beats the electricity of a Sounders-Timbers match. But add a Reign-Thorns match on top of it, with both teams peaking in the month of August, and it sets up for a truly magical night for the sport of soccer in our region.

As Sounders owner Adrian Hanauer said, this is a perfect platform for Seattle to make its case as a host city for the 2026 World Cup. There’s no reason it shouldn’t not only be one of the 11 American cities chosen, but also in contention to host at least a quarterfinal or semifinal match.

The Sounders and Reign, sharing the field next Sunday night against Portland? It’s an opportunity for both clubs – but an even bigger night for this city as a whole.