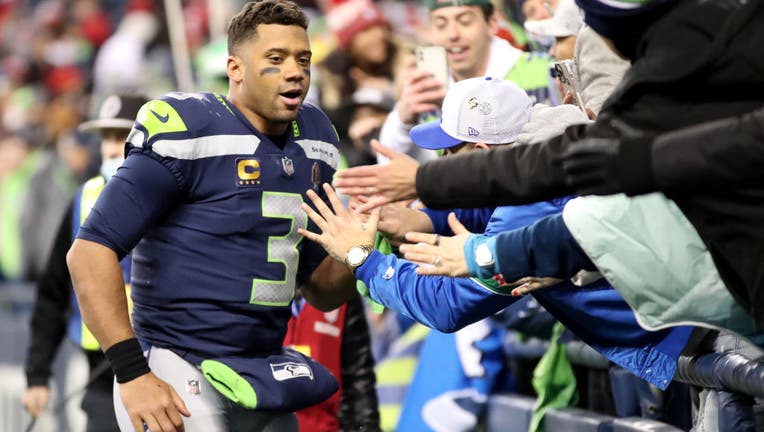 Earlier this week, the Russell Wilson rumor mill began to churn once again. To which I say, wake me up this offseason when these reports really matter.

If you hadn’t heard by now, a report by Jordan Schultz and confirmed by the NFL Network, sources say Wilson would strongly consider waiving his no-trade clause for the Broncos, Giants and Saints. It’s eerily similar to the story we dealt with for months last offseason, with his agent publicly naming four teams Wilson would be open to playing for.

Is it true? Probably. Should we care right now? Probably not.

Right now, the Seahawks are just a game out of the final playoff spot in the NFC. Whether you wrote them off two weeks ago, or still aren’t believing there’s any chance of a postseason berth, the numbers don’t lie – and that’s what we should be focusing on right now. Not some silly list of teams Wilson may or may not be comfortable joining in a trade the Seahawks may or may not be willing to make.

The Seahawks aren’t trading Russell Wilson tomorrow or the next day or any time between now and the end of the season, so why spend time worrying about it right now?

I mean, I think we all understood that Russell Wilson viewed this as a make-or-break season in Seattle. And this year to this point certainly hasn’t gone anywhere close to how we thought it would. But as Pete Carroll said earlier this week, "We’re not dead yet." So there’s no real use in dwelling on the issue or furthering it when there’s still some time to go.

For at least another week, the story of the 2021 season has not yet been written. The season itself won’t be over at least to close to another month. Until then, leave us alone with the Wilson reports, because they’re an irrelevant distraction.

I’d rather sit here tonight and highlight a day we’ve all been waiting to see from Rashaad Penny, who has taken his share of criticism and unfortunate abuse on social media the last few years for all of his injuries. We’re not sitting here dwelling on the fact that the former first round pick likely won’t be a Seahawk next season as his rookie contract expires. Instead, we’re cheering his career-high 137 rushing yards and two touchdowns, and hoping he can continue that hot streak the rest of the year.

The point is: We understand that the upcoming offseason is going to be filled with a ton of storylines, and has the potential to have significant changes. We’re not oblivious to those prospects nor denying they could happen.

But reports like this force us to ask the same questions, to which we know we’re going to get the same answers.

"Obviously I love this city, so I'm just focused on tomorrow and the next day," Wilson said when prompted by our Ian Furness about this week's reports. "But of course I want to play in Seattle - that's my dream come true. If I could play 20 years in Seattle, that'd be a special thing."

What else is he gonna say?

I’m just saying, as long as the Seahawks have a fighting chance, what’s the point in brooding over a future that won’t be decided for at least another month?

The Hawks give us enough anxiety on Sundays and with injury news throughout the season. All this other stuff can wait.