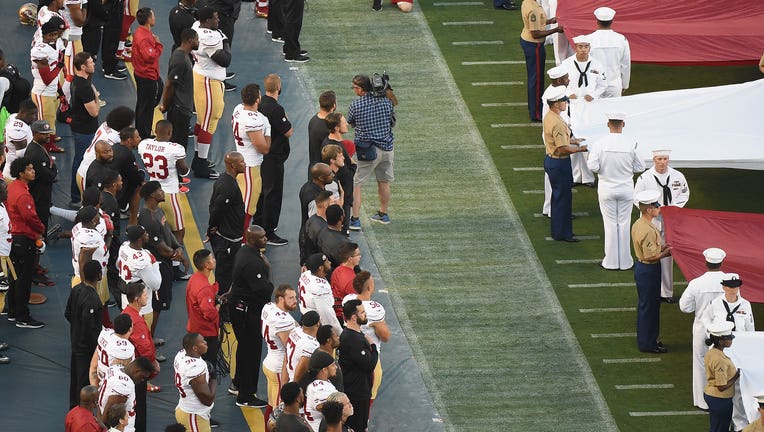 Kaepernick and Reid dropped to one knee while a naval officer sang "The Star-Spangled Banner" and dozens of military members unfurled an oversized flag at the Chargers' Qualcomm Stadium.

Kaepernick received scattered boos when he dropped to a knee, but the protest was otherwise unremarked by the San Diego crowd. The 49ers' visit coincided with the annual Salute to the Military preseason game for the Chargers, who have strong fan support in their city's extensive armed forces community.

Kaepernick got much heavier boos when he took the field to start the game for the 49ers.