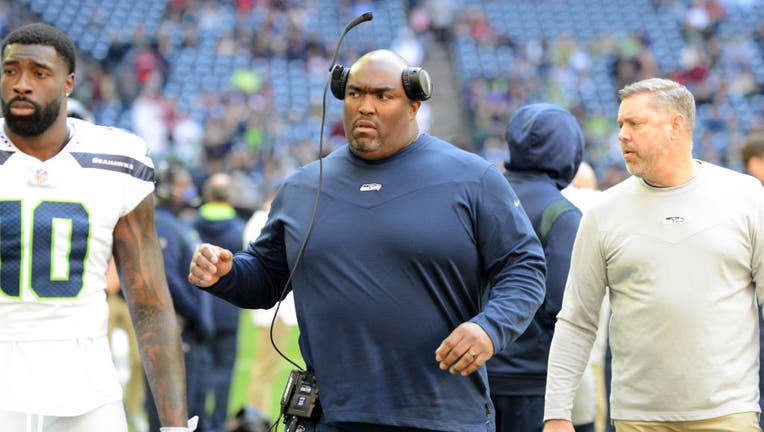 Hurtt, in his first meeting with reporters since being named defensive coordinator, made it clear he has his own beliefs and structure he wants to implement for the Seahawks moving forward.

"One thing that is going to be significantly different this year, we are going to be aggressive," Hurtt said.

"Will we blitz more than we did last year? The answer to that would be yes. Would it be an inordinate amount, something crazy? No, it's not going to be that. A lot of that is in the mentality in which you play. You don't want to be soft. You want to be aggressive in how you play coverage. That can be four-man rush and dropping seven. There's a mentality that comes along with it and also the type of coverages that you're playing. Not being so zone-y, being more aggressive with things, whether it's in zone or man coverages. You know, things of that nature."

Before coming to Seattle, Hurtt served under Vic Fangio when he was defensive coordinator of the Chicago Bears in 2015-16. Fangio is known for running a 3-4 scheme that seeks to create more confusion for offensive linemen by making it less clear which players will be rushing the quarterback on any given play. While the Seahawks have incorporated 3-4 principles throughout Pete Carroll's tenure as head coach, the base defense for Seattle has remained a 4-3 scheme. Hurtt intends on pushing the structure of the defense more towards the 3-4 philosophy he believes in.

"In my background, even before coming into the NFL, was 3-4 structure in my time at Louisville. And then when I got to the Bears, my first year with the Bears was a 4-3 system but the 3-4 system is something that I've really embraced, obviously Vic Fangio being a big influence on that. So with that being said, you know, there's going to be some element of that. I would say we're going to be multiple," Hurtt said.

One of the confusing elements of Seattle's defense last year was seeing defensive ends such as Carlos Dunlap and Benson Mayowa – and occasionally even interior linemen like Poona Ford – drop into coverage instead of rushing the quarterback. As they did so, the Seahawks' defense struggled with their pass rush In seven of their first 12 games, Seattle managed just a single sack. The approach changed somewhat late in the season and Dunlap exploded for eight sacks in the final six games of the year after having just a half sack through the first 11 games of the season.

Dropping linemen into coverage occasionally wasn't the only reason the pass rush struggled early in the year, but it was an odd choice to see deployed as frequently as Seattle chose to do so last year.

Hurtt will not be employing a similar plan in his defense.

"Listen, I'm a D-line guy by nature. I don't want to see big guys going backwards. So that should be a really quick answer, so everybody understands that the last thing I want to be doing... you guys have seen me in person. I'm not going backwards. I want to be going forward," Hurtt said with a laugh.

The Seattle Seahawks announced their full coaching staff for the 2022 season with some notable new faces and new roles for the upcoming campaign.

One of the new additions to the coaching staff is Sean Desai, who was named associate head coach/defense by the Seahawks as part of their full coaching staff announcements on Tuesday. Desai was the defensive coordinator of the Bears last season and worked with Hurtt for three season in Chicago before Hurtt left to join the Seahawks in 2017. Desai coached the secondary for the Bears before being elevated to defensive coordinator last season.

Hurtt was thrilled the Seahawks could get Desai to join the coaching staff in Seattle.

"I worked with him for three years in Chicago, so we already had a great relationship. We always spoke all the time. So when the opportunity came for us to have him with us, it was a no-brainer," Hurtt said.

"When you're in a position of leadership, great leaders understand how to be able to delegate and trust those that you're working with to help you put things together for ultimate success. So to be able to get him here was a home run. So I appreciate Pete and John getting that done."

Hurtt and Desai will be tasked with getting more production out of Jamal Adams as well. The former New York Jets safety acquired in 2020 for a haul of draft picks signed a massive contract extension with the Seahawks prior to last season. After setting an NFL record for sacks from a defensive back in 2020 with 9.5, Adams didn't record a single sack last year. He also was a liability at times in pass coverage as well.

"Jamal is still a difference-maker. How we use him? That's going to be on me. It's our responsibility, my responsibility, to make sure we put him in positions so he can be at his very best. We know how great he is at doing that," Hurtt said of Adams.

"We put him in situations that really was not his background. So you have to give him some leeway in understanding that he was in a new world last year with some of the things he was doing. Playing a quarter-[field] safety or half-field safety and the adjustments he had to make along the way. And he really improved in that aspect throughout the course of the season. He's going to continue to get better. Obviously there [are] multiple things he's got to be able to do so the quarterback can't always peg him for just being one particular type of way. Jamal is a smart enough guy that he understands. It's not just going to be about his ability to blitz and run fit and do those types of things. It's the different techniques and coverages that he has to that he has to play, but making sure it's something that he's really exceptional at besides just rushing the quarterback and blitzing."

Hurtt takes over the defensive coordinator role from Ken Norton Jr., who was let go after four seasons in the role last month. Seattle's defense got off to abysmal starts each of the last two seasons before getting on track eventually as the seasons progressed.

Hurtt was promoted to defensive coordinator after seven seasons serving as the assistant head coach/defensive line coach for the Seahawks.