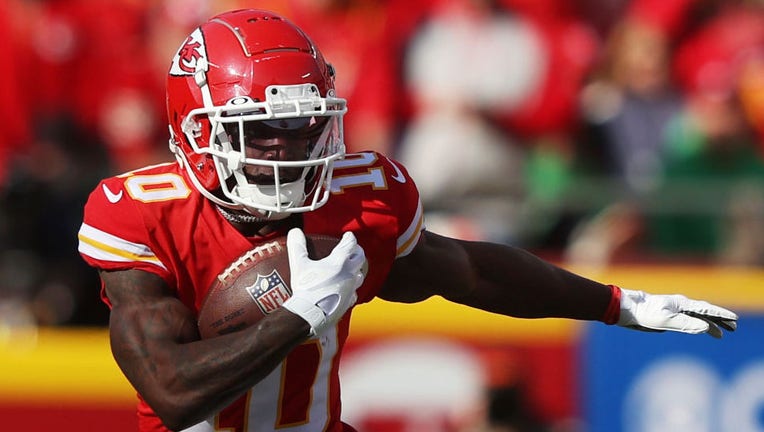 WASHINGTON - The Kansas City Chiefs are trading WR Tyreek Hill to the Miami Dolphins for five draft picks, including one first-round pick in 2022.

The Chiefs will get the Dolphins' first- and second-round picks along with their fourth-rounder in this year's draft, and fourth- and sixth-round picks next year, the person told the AP on condition of anonymity because terms were not announced.

The Chiefs had been in discussion with Hill on a contract extension in part because they were seeking relief from a tight salary cap situation. But the talks had stalled over the past few days, and Hill's representatives requested permission to seek a trade, which came together quickly with multiple teams expressing interest in him.

Hill's trade comes a few days after the Chiefs signed former Pittsburgh Steelers receiver JuJu Smith-Schuster on a $10.75 million deal for next season.

The Associated Press contributed to this story.  This story was reported from Washington, D.C.