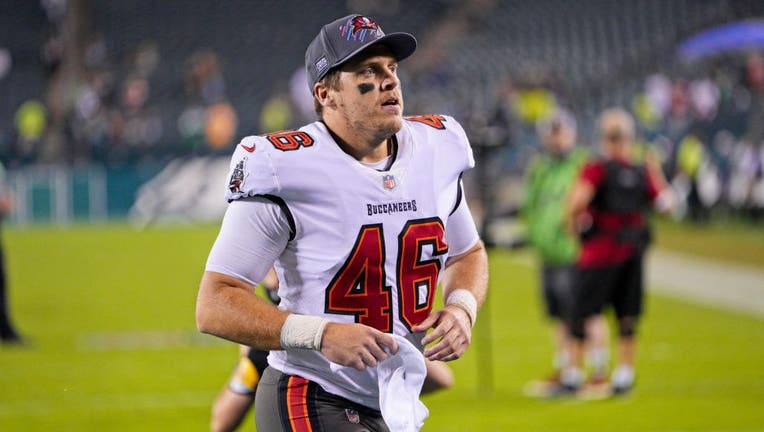 SEATTLE - The Seattle Seahawks elevated long snapper Carson Tinker and linebacker Tanner Muse from the practice squad ahead of Monday night's game against the Denver Broncos.

Tinker was brought to serve as the long snapper with Tyler Ott out due to a shoulder injury. Ott dislocated his shoulder in practice last week and head coach Pete Carroll said on Saturday that Ott will need surgery to address the issue.

Tinker was the long snapper for kicker Jason Myers for two years with the Jacksonville Jaguars in 2015-16. He has also played for the Las Vegas Raiders and Tampa Bay Buccaneers in six seasons in the NFL.

"So they’ve been together before and they’ve got background there," Carroll said. "So that really helps kind of the assurance that we’re going to be OK and all that. He looked great and we haven’t missed a beat. He’s a pro. You can tell."

Robinson injured his knee in the final preseason game against the Dallas Cowboys. He will need to miss at least four weeks before being eligible to return to the roster.

Phil Haynes will start at left guard in place of Lewis with rookie Tariq Woolen expected to start at right cornerback in place of Burns.

Cornerback Isaiah Dunn, claimed off waivers from the New York Jets during roster cuts, and defensive tackle Myles Adams are the healthy scratches for Seattle.

For the Broncos, inside linebacker Josey Jewell (calf) and tackle Billy Turner (knee) are out with injuries. Jewell was downgraded to out on Sunday while Turner had been listed as questionable.

Pass rusher Randy Gregory (shoulder/knee) and wide receiver K.J. Hamler (knee/hip) had been questionable to play for Denver, but both will be in uniform against the Seahawks.