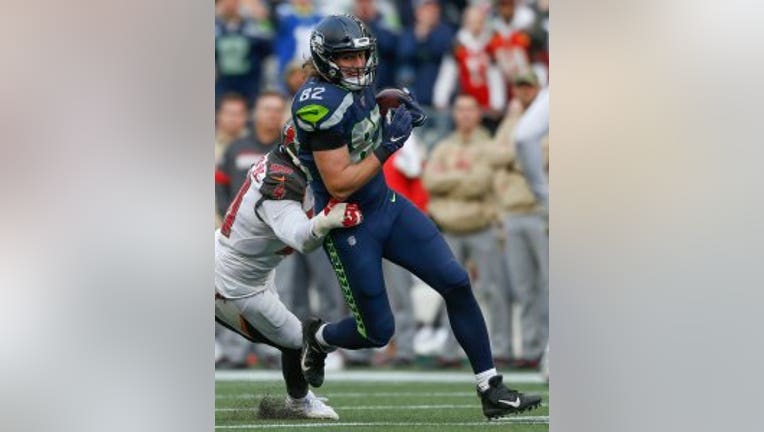 SEATTLE – Seahawks tight end Luke Willson will be out for several weeks after suffering a "legit" hamstring injury against the 49ers, Pete Carroll said Tuesday.

Willson, a mid-season addition for Seattle, was already hobbled with bruised ribs but still played half of the thrilling Monday Night Football matchup before exiting with the injury.

Carroll says Willson will undergo further examination to give a better timetable for a return.

The news leaves the Seahawks dangerously thin at tight end after Will Dissly’s season-ending ACL tear in Week 6. It leaves Jacob Hollister as the sole active player at the position.

Wide receiver Tyler Lockett was also hospitalized for a lower leg contusion, but Carroll believes Lockett may recover in time for the team’s November 24 road game against the Eagles.