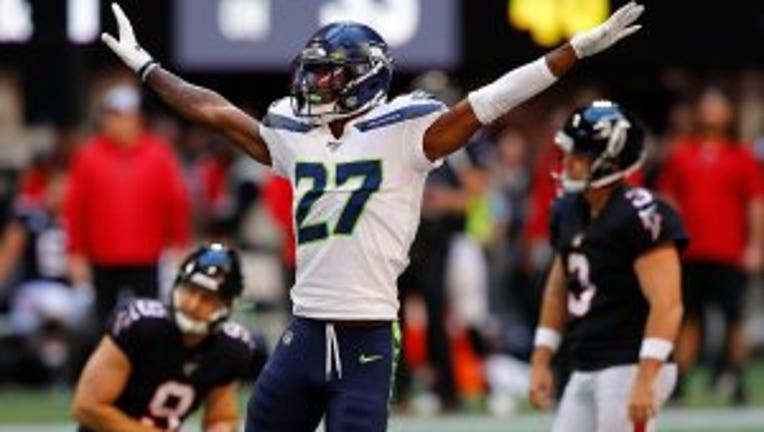 Marquise Blair #27 of the Seattle Seahawks reacts after a missed field goal attempt by Matt Bryant #3 of the Atlanta Falcons. (Photo by Kevin C. Cox/Getty Images)

SEATTLE – Nothing in the NFL is a gimme, but a Sunday win at home against the (2-5) Buccaneers would place the Seahawks in solid position to close out a rough latter half of the season.

So far, Seattle’s put away the bad teams and tussled with the contenders. But how good is this club? Really. The Seahawks ran up the board in Atlanta during the first half, but the offense completely petered out and barely closed a (1-7) Falcons team without its starting quarterback – an unconvincing win.

The second half of Seattle’s schedule will test the team’s mettle with six of eight opponents being .500 or better – including two matchups against the shockingly stout 49ers and a Rams team biting for revenge after a narrow loss.

But one game at a time.

Despite the stark difference in record, Seattle and Tampa have put up nearly identical offensive yardage on the year (395.9 and 395.3 yards per game, respectively) combined with equally leaky defenses.

The most glaring difference is at the signal-caller. Jameis Winston’s 12 interceptions have been the deciding factor in several close competitions for Tampa Bay. Meanwhile, Russell Wilson has been near perfection with just one on the year. The key for Seattle is generating a solid pass rush and punishing Winston’s sloppy offense with turnovers.

That may be a tall task for Seattle as the injuries pile on. Center Justin Britt joins Will Dissly with season-ending injuries. Starting safety Tedtric Thompson is on injured reserve. As of Thursday, Quandre Diggs is working back from a hamstring injury without even suiting up for Seattle once and tackle Duane Brown continues to battle a bicep injury.

The injury bug is biting the Seahawks hard just as the season is heating up. Seattle is working from behind, but isn’t that the status quo? Seattle’s historically done well closing out seasons, and Pete Carroll is counting on his team being in peak form as it faces tougher and tougher teams.

“What I do attribute it to is the commitment to the young guys and counting on them to be a part of the game plans early. So, by the time you get to the midway point, they should be elevated to regular status players,” Carroll explained. “That’s the same mentality we’ve had for a long time, and they’ve seemingly been a factor.”