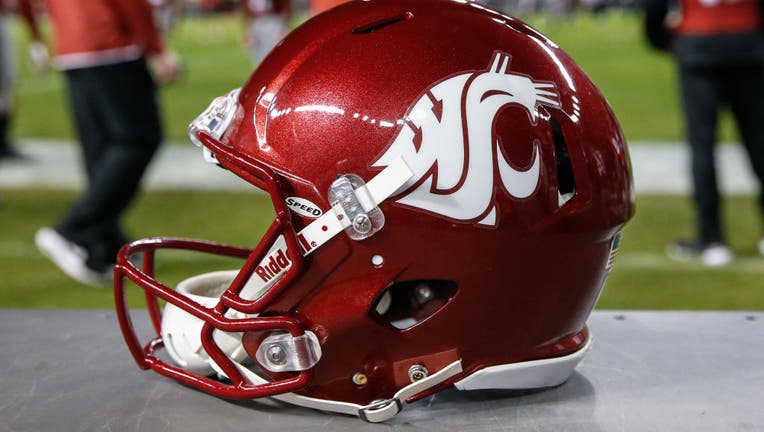 PULLMAN, Wash. - Backup quarterback Bryson Barnes threw for 175 yards and a touchdown and No. 14 Utah beat Washington State 21-17 on Thursday night to stay in the hunt for the Pac-12 championship game.

Utah coach Kyle Whittingham said his team found a way to win despite injuries to some key players.

"I’m proud of Bryson," Whittingham said. "He obviously came into a tough situation and he played well. Had one turnover, but he did a pretty good job of moving the chains."

Rising made the decision not to play, Whittingham said.

"If Cam says he can’t play, he can’t play. So there was no doubting him whatsoever," Whittingham said. "Bryson was not expecting to be the starter tonight. But that’s the nature of the number two quarterback, you’re only ever one snap away."

Barnes, a sophomore, said he was prepared when his time came.

"You can always be ready for the moment, but until you get the chance to play you really don’t know what it’s like," Barnes said. "I’m thankful for the opportunity tonight."

Cameron Ward completed 27 of 31 passes for 222 yards for Washington State (4-4, 1-4), which has lost four of its past five games and was also off a week ago. The Cougars were without rushing leader Nakia Watson and top receiver Renard Bell because of injuries.

"He’s (Ward) a good quarterback, he didn’t really miss many throws at all, he was on the money," Whittingham said. "But I credit our pass rush. They did a fine job moving him off his spot."

"On offense we are not doing anything well," Dickert said. "We are playing just good enough to get beat."

But Dickert is not giving up on the season.

"Right now our record says we are a .500 football team," Dickert said. "We are playing just good enough to get beat."

After a scoreless first quarter, Washington State scored on a 29-yard touchdown pass from Ward to De’Zhaun Stribling early in the second quarter. Ward completed his first 12 passes.

Utah replied with a 65-yard drive that ended when Ja’Quinden Jackson plowed over from the 6.

Utah was forced to punt late in the second quarter, but the ball hit receiver Robert Ferrel in the leg and was recovered by the Utes at the Washington State 25. Jaylon Glover drove in from the 1 with 20 seconds left in the half to give Utah a 14-7 lead.

Dalton Kincaid caught a 5-yard touchdown pass from Barnes late in the third quarter to lift Utah to a 21-7 lead.

Washington State replied immediately, with Ward running 7 yards up the middle early in the fourth to cut Utah’s lead to 21-14.

Jackson fumbled midway through the fourth and the ball was recovered by Washington State’s Tanner Moku deep in Utah territory. Dean Janikowski kicked a 42-yard field goal to cut Utah’s lead to 21-17 with less than five minutes left in the game. But Utah was able to run out the clock.

Despite four losses, Washington State has the best defense in the Pac-12, allowing just over 20 points per game. "I’m proud of our defense," Dickert said.

Washington State, which averages less than 90 rushing yards per game, was limited to 42 rushing yards Thursday night. The Cougars mustered only 264 yards of total offense, and Ward was sacked four times.

Utah is the defending Pac-12 champion and needed a victory to stay in range of Oregon, UCLA and Southern California for a berth in the league title game. Washington State is seeking to qualify for a bowl game.

Washington State: At Stanford on Nov. 5.