IRVINE, Calif. -- A new report details how the younger brother of deceased Washington State Cougars quarterback Tyler Hilinski continues to cope with his death while moving forward with his own future in the sport.

Tyler Hilinski, 21, took his own life in January. It was later determined that he had stage 1 CTE, or Chronic Traumatic Encephalopathy, which is linked to concussions.  It kills brain cells and can lead to depression, aggression and memory loss.

A Thursday report by the New York Times details how Tyler's family, notably his 18-year-old brother Ryan, is dealing with his death nearly a year later. 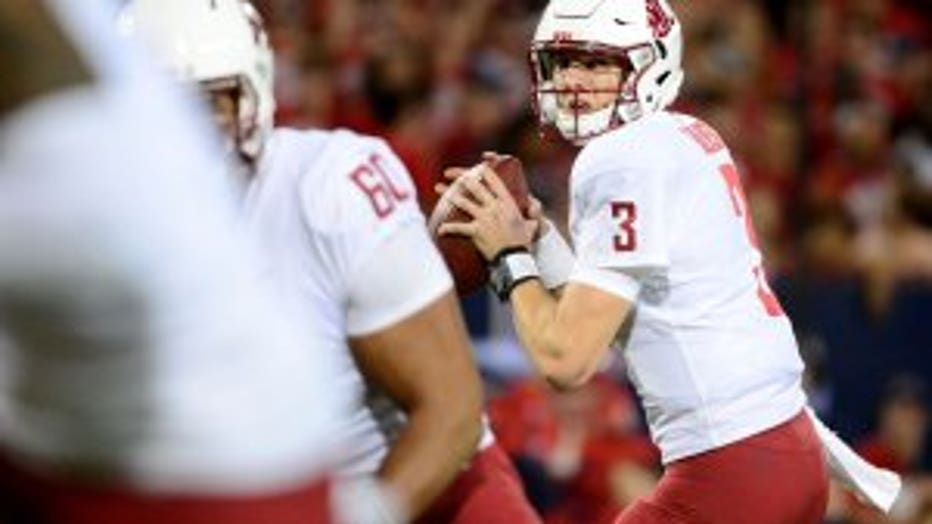 Quarterback Tyler Hilinski #3 of the Washington State Cougars looks to make a pass in the second half of the game against the Arizona Wildcats at Arizona Stadium on October 28, 2017 in Tucson, Arizona. (Jennifer Stewart/Getty Images)

He finally settled on the University of South Carolina.  A big part of that decision, according to the New York Times, was to give him and his family "the hope of a new beginning" on the other side of the country.

Ryan's family reportedly told him he had the option to "walk away" from the sport shortly after Tyler's death.  But though he still carries his brother's death and CTE diagnosis with him, continuing to play football has been a reprieve.

"When I'm on the field, I forget," Ryan tells The New York Times.

Ryan Hilinski graduated a semester early from Orange Lutheran and is traveling to South Carolina sometime in the next few weeks, The New York Times reports.