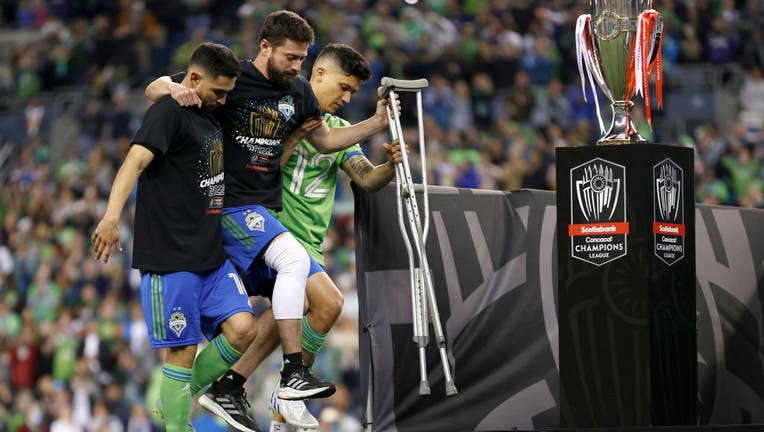 SEATTLE, WASHINGTON - MAY 04: João Paulo #6 of Seattle Sounders is helped to the podium by Alex Roldan #16 and Fredy Montero #12 after beating Pumas 3-0 during 2022 Scotiabank Concacaf Champions League Final Leg 2 against Pumas at Lumen Field on May

In an interview with 93.3 KJR FM, Schmetzer relayed that Paulo's injury was confirmed to be a torn ACL.

"Unfortunately (an) ACL injury for J.P. and he's done for the year," Schmetzer said.

Paulo was injured in the 25th minute in a collision along the right sideline with Leonel López. Though there was contact between the two players, the injury occurred to Paulo's right knee, which didn't collide with López.

The Sounders called upon 16-year old Obed Vargas to take over for Paulo. Vargas entered the game in the 29th minute as Paulo had to be stretchered off the field.

"The kid had played in some big games before, obviously not a final. I mean the games against Motagua when we first got him started and then he had a big performance against León of Mexico. But this was a really pressure packed game and you know, the kid did absolutely phenomenal," Schmetzer said of Vargas. "I mean, the occasion wasn't too big for him. He looked comfortable."

Paulo returned to the bench on crutches and needed assistance from his teammates to climb the on-field stage to receive his medal.

Paulo wasn't the only one injured in the contest as Nouhou Tolo was forced from the game due to a thigh contusion sustained in the 7th minute. Ricardo Galindo picked up a yellow card for Pumas after the collision left Tolo down along the left sideline. Tolo briefly tried to play through the injury but came off in the 11th minute with Kelyn Rowe replacing him for the remainder of the game. 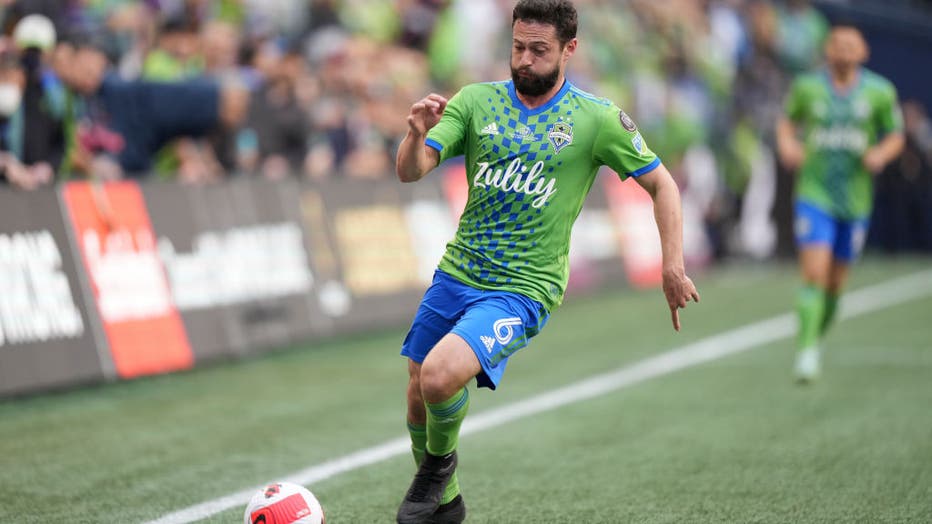 SEATTLE, WA - MAY 04: Seattle Sounders midfielder João Paulo (6) controls the ball during a CONCACAF Champions League Final match between the Seattle Sounders and Pumas UNAM on May 4, 2022 at Lumen Field in Seattle, WA. (Photo by Jeff Halstead/Icon S