Hall of Fame broadcaster Bob Robertson passes away at age 91

Hall of Fame broadcaster Bob Robertson, who called Washington State football for more than 50 years, has died at the age of 91.

Robertson was in his 52nd year calling Cougar athletics when he retired in 2018. At the time, he said his age was the chief reason for calling it quits.

"I've enjoyed every minute of it," Robertson said. "It is a matter of getting old is what it is. Everything seems to move a lot faster around me."

He was the play-by-play voice from 1964-2011 then moved over to the analyst chair for his last seven seasons.He began his association with Washington State football in 1964. Robertson was behind the microphone for 589 Cougar football games. 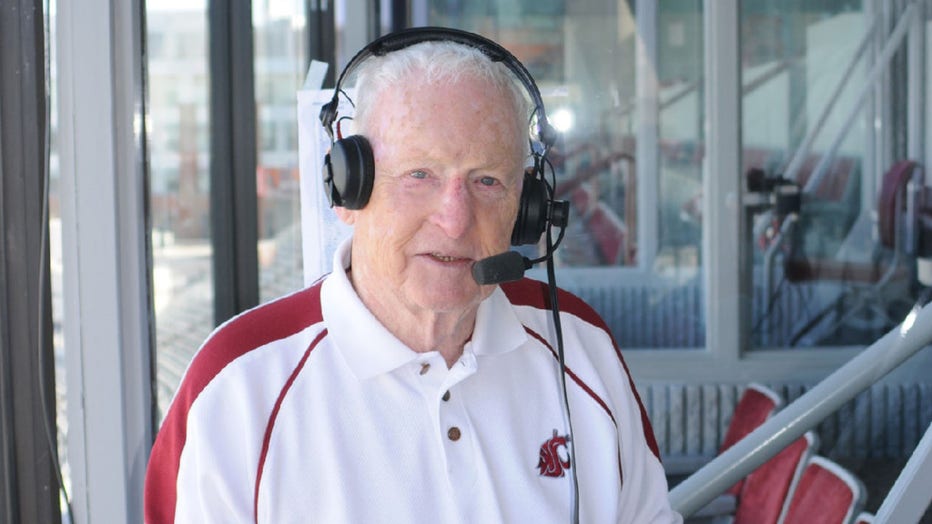 In addition to his College Football hall of fame credentials, he was also the original play-by-play voice of the Seattle Sounders in the North American Soccer League (NASL) in 1974.

Robertson announced some Tacoma Rainier games a few years ago and was living in University Place when he died.

The Seattle Mariners on Monday held a moment of silence in memory of Robertson.