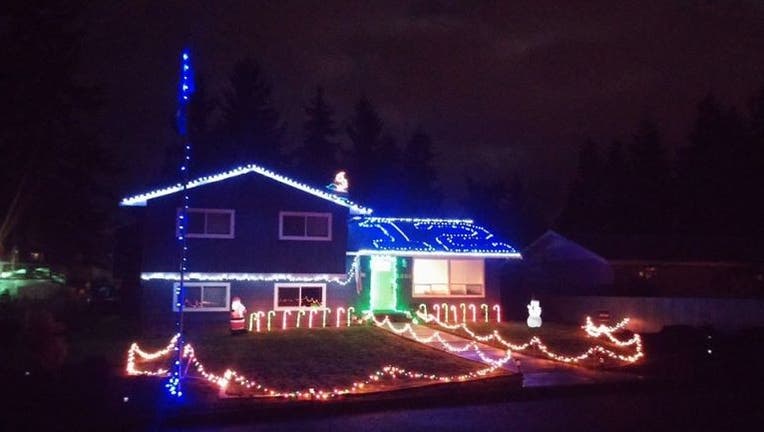 One Hawks fan keeps a 12 on his roof until after the Super Bowl.

SEATTLE -- We asked the 12s what game-day superstitions they perform every week to ensure a Seahawks victory.

And you, 12s, certainly delivered.

Whether it's forcing your teenage son to don a green body suit, not washing clothes for WEEKS on end, or wearing a single brand of deodorant the entire season, you certainly have some, um, interesting superstitions.

Superstitions on gameday? You have them

Superstitions on gameday? You have them. Q13 FOX News.

Without further ado, here are our some of our favorite superstitions, as posted to Q13 FOX News' Facebook page:

Jason LaPointe --I have to be extra nice to my wife. Every time we have an argument on game day they lose. No joke

Nick Nicholson --Say a pregame prayer for the health of the opposing gb and any of his receivers who are foolish enough to go over the middle...Amen

Lisa 'Tyson' Carr --Everyone in the house MUST wear a Hawks shirt. My 7 yr old didn't want to one day and I told my 4 yr old that if we lost it would be all her sisters fault. She says it now every game day if someone isn't suited up yet. "If the Seahawks lose it will be all your fault!"

Kenneth Davidson --Where to start. I have a pair of gameday socks that I don't wash if they lose. My jersey is the same. If they lose I wash it and switch to a new player. I wear a pair of seahawks boxers after every gameday. I have a seahawks blanket that I sleep with every night but it only faces the right direction the night before the game. I wear the same undershirt every game day. I have the same blue friday shirt, socks and boxers that I wear every blue friday. I'm kind of a nut job.... 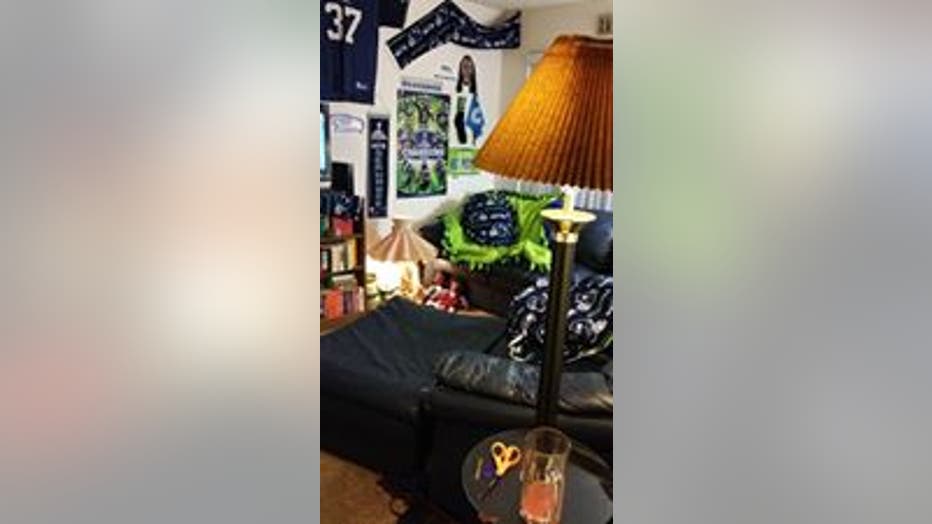 Carolyn Reid --It's a MUST for me to watch in my Seahawk Nest! If I go outside the nest, for the kitchen or restroom or even the living room, I have to run back if they need a touchdown or 1st down. I also have to post "Let's Go Seahawks!" AND SUDDENLY they get a touchdown and a great defensive play, intersection!

Koya Leyden --I can't watch the games during the season or they lose but I can watch post season and they win. I have to listen to kiro 710. Go Seahawks

Jeff Barrick --I don't wash my jersey till the end of the season...

Missy Brune --One shoe! For some reason it works

La Tasha Warren --My husband hasn't washed his jersey in over a year. I haven't washed my Seahawks Beenie either. Anytime my son doesn't have a bath and in his gear before kick off the SEAHAWKS are always behind. I give my 13month old a bath and put his SEAHAWKS gear on and then all of a sudden Seahawks win. Haven't lost a game since... Love it.

Steve Monger --"12" on the roof stays up til after super bowl. It worked last year

Lori Evans Holman --The 12 flag cannot become twisted. Or we are doomed. 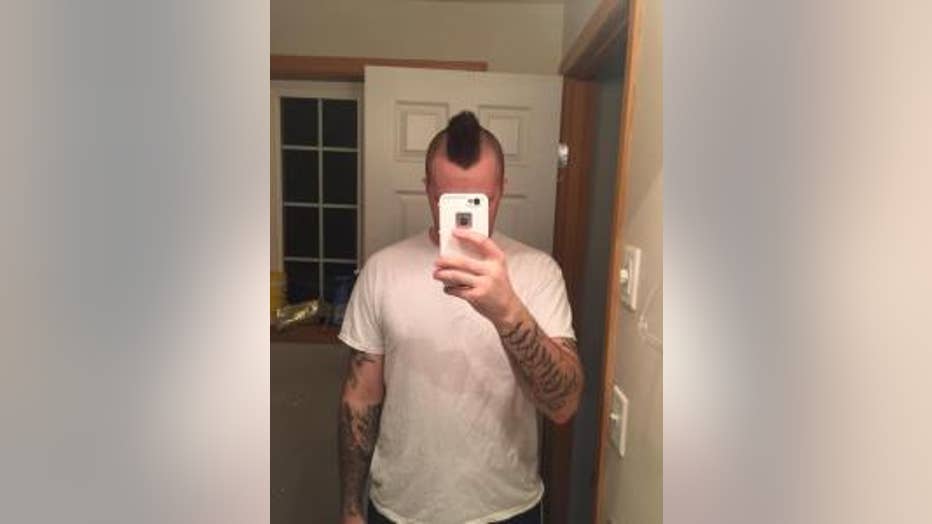 Justus Markowicz-- Last year when the Hawks made it to the playoffs I shaved a Mohawk and they won the super bowl so I kept the tradition goin this year.#itsonlyweirdifitdoesntwork

Melissa Lawrence --Grandma's game day dip. Gotta have it or we won't win!

Emil Amador --I bring and hang my in-laws hawks flag at whatever house we watch it at and I throw a mini football 3 times in the air in my office (without dropping it) on every blue Friday! GO HAWKS!!

Pat Porter -- We have to light candles...wear 12 's socks....wear our jerseys....and we have THE lucky Seahawks napkin that has been in front of the TV since the beginning of the 2013 schedule. The Tacoma News Tribune was here yesterday taking photos of our Seahawks house (outside) and all the Seahawks stuff we have in the living room.

Lisa Marie Krouse -- My husband rubs his Seahawks gnome! Ever since he got it, The hawks have won!

And Q13 FOX News photog Erika won't wear her red hat on gameday. And if the Hawks are down in the 4th Quarter, she makes her oldest son put on a green body suit. 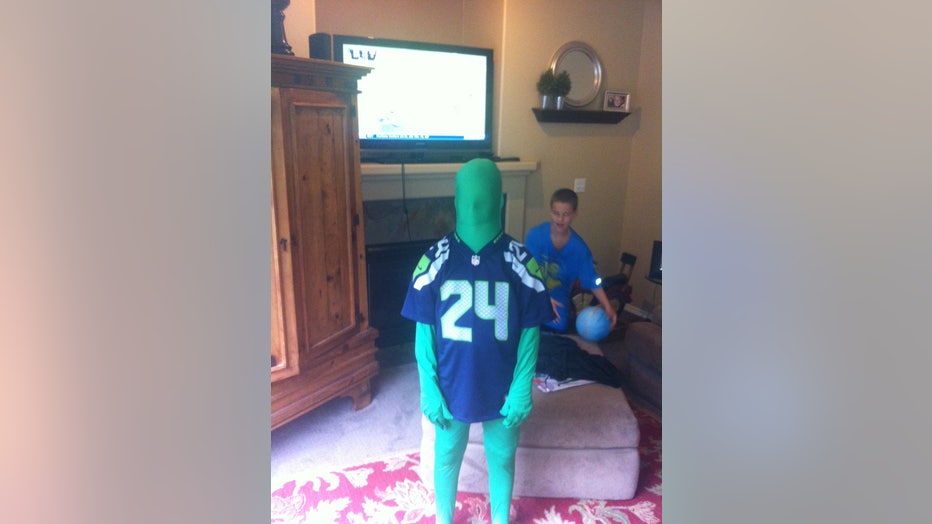 Erika's son in the 4th Quarter.