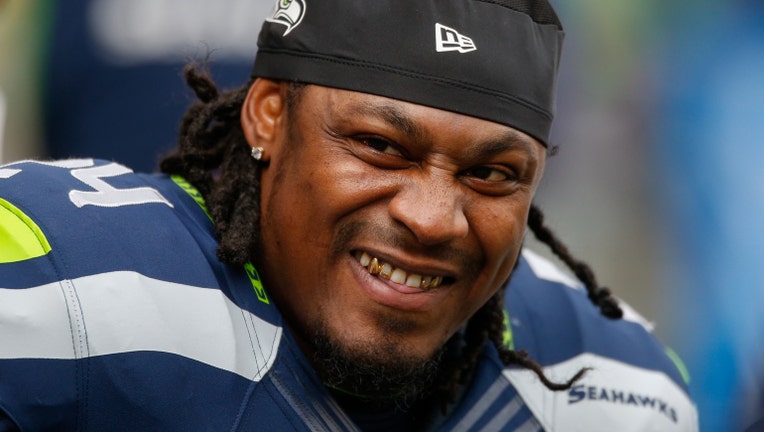 Running back Marshawn Lynch #24 of the Seattle Seahawks looks on during the game against the Dallas Cowboys at CenturyLink Field on October 12, 2014 in Seattle, Washington. (Photo by Otto Greule Jr/Getty Images)

SEATTLE -- The Seattle Seahawks announced Friday the team has signed running back Marshawn Lynch to a two-year extension through the 2017 season.

Lynch had been scheduled to make up to $7 million in 2015, the last  year under his previous contract.

Since joining Seattle on October 5, 2010 in a trade with the Buffalo Bills, he has played in 75 games with 71 starts in the regular season, rushing 1,346 times for 5,930 yards and 54 touchdowns. Lynch has also played in 10 postseason games with eight starts, rushing 187 times for 917 yards and nine touchdowns with Seattle.

Lynch has earned four consecutive Pro Bowl berths with Seattle and has been voted a two-time All-Pro (first-team in 2012, second-team in 2014).

In 2014, he ranked tied for first in the NFL in rushing touchdowns (career-high 13).

A few of Lynch's teammates tweeted with excitement following the reports.