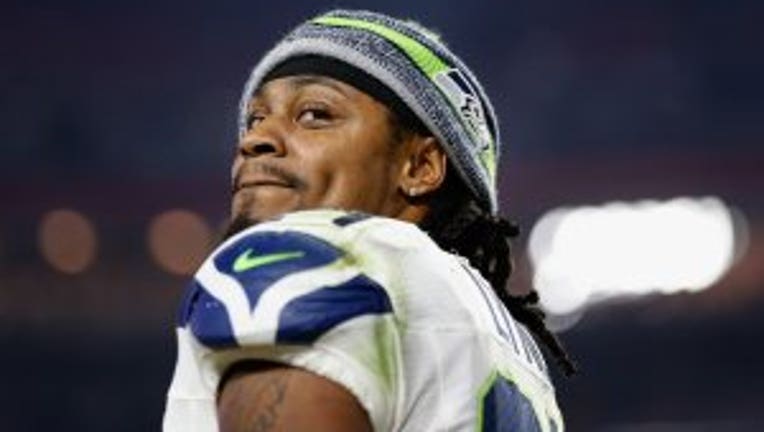 Running back Marshawn Lynch #24 of the Seattle Seahawks looks up to the fans as he stands on the sidelines during the NFL game against the Arizona Cardinals at the University of Phoenix Stadium on December 21, 2014 in Glendale, Arizona. The Seahawks

SEATTLE – It’s true, Beast Mode is back in Seattle.

Marshawn Lynch officially signed with the Seahawks for the remainder of the season Monday night after clearing a medical physical, the team said.

The team had been in desperate need of running back depth after season-ending injuries to Chris Carson, Rashaad Penny and C.J. Prosise. Until the signing, rookie Travis Homer was the only active running back on the roster.

Lynch earned his moniker for a powerful running style that included an uncanny talent for breaking tackles, punishing stiff-arms on defenders and diving backwards into the endzone to deafening cheers at CenturyLink Field. Combined with the “Legion of Boom,” Lynch was part of the most dominant era in Seahawks history.

"There's a lot of history here that's great history,” coach Pete Carroll said Monday. “There was nobody that ever amplified the kind of mentality and toughness that we like to play with.”

Marshawn Lynch traveling to Seattle Monday to meet with Seahawks

Marshawn Lynch traveling to Seattle Monday to meet with Seahawks

The 33-year-old supposedly retired in April after two seasons with the Oakland Raiders, but he says he’s stayed in shape in case a team called him.

Lynch earned over 1,200 yards rushing in four straight seasons with the Seahawks from 2011 to 2014, led the league in rushing touchdowns for two consecutive years and is a five-time Pro Bowler.

The jury’s still out on whether Lynch remains the dominant player he’d been for nearly a decade, but his return brings life to a team whose season was all but lost to injury.

Lynch will shoulder the team's running game with another familiar face. Robert Turbin also returns to Seattle after signing with the team just hours before Lynch.

Seattle will host the San Francisco 49ers Sunday, December 29 in a crucial game that will decide which team leads the NFC West and perhaps the entire NFC.