SEATTLE -- The statue of Mariners icon Ken Griffey Jr. had only been standing outside Safeco Field for six months -- and then someone stole The Kid's bat.

As if the Mariners season hadn't been tough enough on the team's fans.

Mariners spokeswoman Rebecca Hale said the bat was taken at about 5 p.m. Tuesday.

"The man was quickly arrested and is in police custody," she said, adding, "The Mariners have the broken bat."

Hale said the team has already contacted the sculptor to let him know of the vandalism, and he said he would guide the Mariners on how to repair it. The statue had been unveiled outside Safeco Field on April 13.

There was no word on how the man broke it off.

Seattle police said they are investigating.

"Several witnesses called 911 reporting that a man was damaging the Ken Griffey Jr. statue located at 1st Avenue South and South Royal Brougham Way," the Seattle Police Department said on its crime blog. "The suspect, an adult male, had managed to break loose the baseball bat from the statue. Officers arrived and located the suspect a short distance away. The suspect was taken into custody without incident, and the bat was recovered near the statue."

Police said the suspect was later booked into the King County Jail for investigation of malicious mischief, a felony. 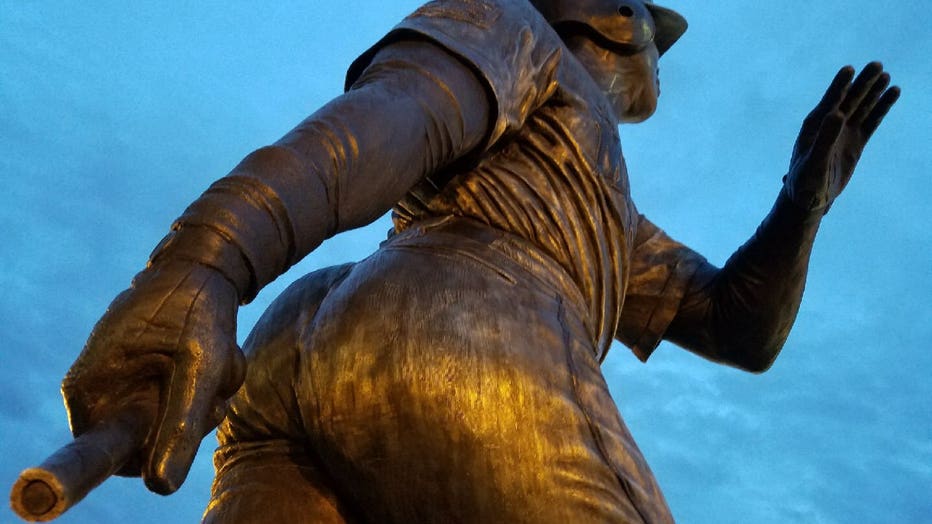