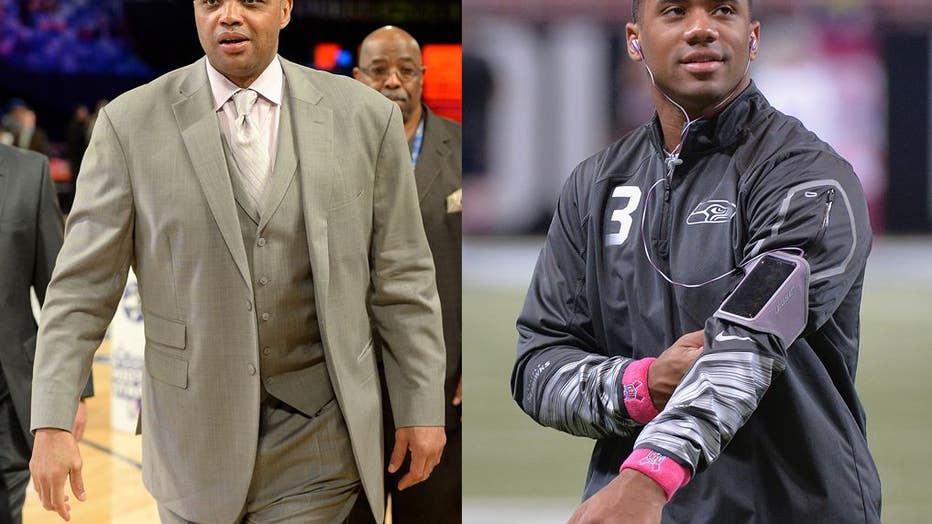 (CNN) -- Charles Barkley hasn't met a sensitive topic he couldn't dig into, and now he's speaking on what he calls a "dirty, dark secret" in the African American community.

During an interview with a Philadelphia radio station, Barkley expounded on claims that Seattle Seahawks quarterback Russell Wilson wasn't liked by some of his teammates, in part because he wasn't considered to be "black enough."

Barkley said he wasn't at all surprised.

"There are a lot of black people who are unintelligent, who don't have success," Barkley said. "It's best to knock a successful black person down 'cause they're intelligent, they speak well, they do well in school, and they're successful. It's crabs in a barrel. ... We're the only ethnic group that says, 'hey, if you go to jail, it gives you street cred.' "

The concept of "crabs in a barrel" isn't new, and it's universal. If you've ever seen a bucket of crabs at the market, the ones at the bottom will try to pull down the crabs that are closer to the top.

"I lived this, and if it weren't for my parents I wouldn't have pushed through it," one Twitter user said in response to Barkley's comments.

Education advocate and CNN contributor Dr. Steve Perry is another observer who agrees with Barkley.

Others have been irked by Barkley's delivery. When Perry tweeted that he applauded Barkley's remarks, some responded that they bristled at Barkley's tendency to generalize the experience of an entire group.

The controversy began with an item from Bleacher Report's Mike Freeman, who said some of Wilson's Seahawks teammates don't care for him because "they think he's too close to the front office," he "doesn't always take the blame with teammates for mistakes he makes," and "some of the black players think Wilson isn't black enough."

"There is ... an element of race that needs to be discussed," Freeman said of Wilson's relationship with his teammates. "My feeling on this -- and it's backed up by several interviews with Seahawks players -- is that some of the black players think Wilson isn't black enough. This is an issue that extends outside of football, into African-American society, though it's gotten better recently. Well-spoken blacks are seen by some other blacks as not completely black. Some of this is at play." (Bleacher Report shares a parent company with CNN.)

The report has been denied by Seahawks player Richard Sherman, who said the accusations were "made up," and Wilson too has shaken off Freeman's point of view.

But to Barkley, Freeman's assertions are a very real part of being successful and black.

"For some reason we're brainwashed to think if you're not a thug or an idiot, you're not black enough. If you go to school, make good grades, speak intelligent and don't break the law, you're not a good black person," he said. "It's a dirty dark secret. I hate to bring white people into our crap, but as a black person, we all go through it when you're successful."