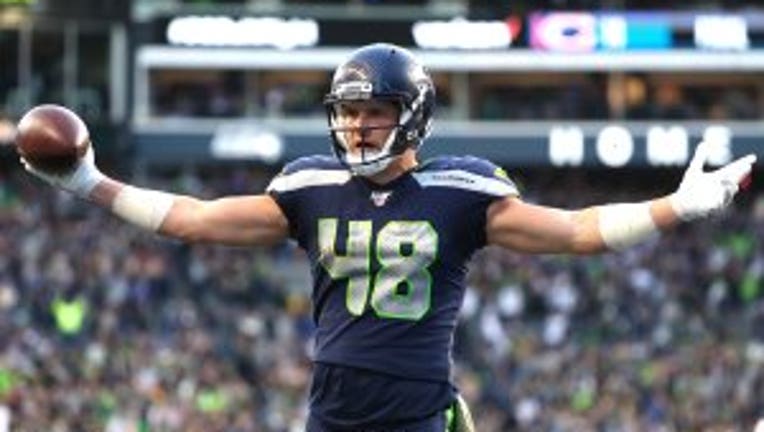 Jacob Hollister #48 of the Seattle Seahawks celebrates after scoring the game-winning touchdown in overtime against the Tampa Bay Buccaneers during a game at CenturyLink Field on November 03, 2019 in Seattle, Washington. (Photo by Abbie Parr/Getty Im

SEATTLE – Tight end Jacob Hollister has come up with huge plays this season, making him one of the biggest surprises for the Seahawks.

He’s the pride of Bend, Oregon along with his twin brother Cody. They’ve leaned on each other to make their football dreams come true.

After starting the season on the practice squad, Hollister is making the most of every play, but he’s had a partner preparing him for these moments going back for as long as he can remember.

“We were always just as close as brothers could get,” Jacob said. “We’ve always been together no matter what.”

Although Jacob was born an hour and a half before twin brother Cody, their passion for football has always been evenly matched. 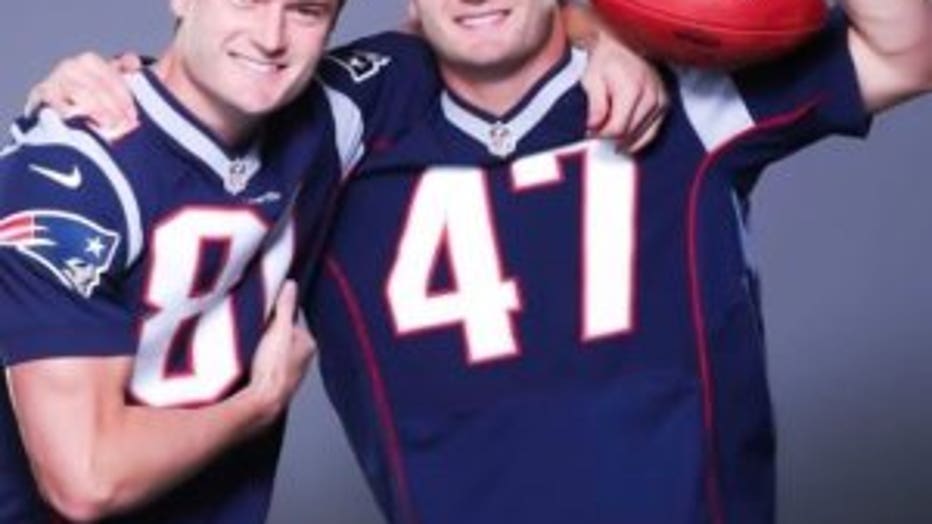 When the twins were high school, Jacob actually played quarterback and Cody was a frequent target, making the Hollister to Hollister” connection on the field and at home.

“A brother that you’ve thrown to from five years old on, then you’re in the state championship game throwing touchdown passes to him,” Jacob said. “It was just a dream come true at the time.”

They also dreamed of playing football in college, where Jacob was told his future would not be as a quarterback.

So, he worked out and turned to his twin brother to become his mentor on how to run routes and catch passes.

“He’s really the one who taught me a lot of what I know,” he said. “I couldn’t imagine being here without my brother.”

After both played in junior college together, Cody went off to catch passes for Arkansas. Jacob headed to Wyoming to play tight end. Before that, they had never been apart for more than two days.

“When it comes to my heart and someone you grew up with, and I really had a lot of my identity, at that point, it was really tough leaving,” Cody said. “I got to create this identity that was in my brother, I got to recreate that in myself.”

They wouldn’t be apart long. Both signed with the Patriots as undrafted free agents. The two got endorsement deals but little time on the field over two years.

This season, the twins would again split. Cody signed with the Titans. while Jacob was traded to the Seahawks and quickly became a fan favorite in Seattle. 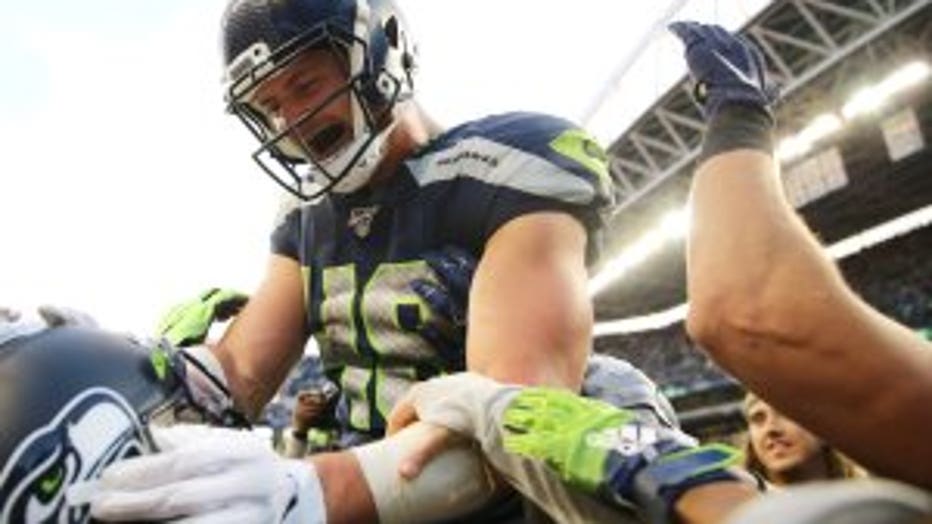 Jacob Hollister #48 of the Seattle Seahawks celebrates with teammates after scoring the game-winning touchdown in overtime against the Tampa Bay Buccaneers during a game at CenturyLink Field on November 03, 2019 in Seattle, Washington. (Photo by Abbi

After scoring two touchdowns against Tampa Bay, including a game-winner in overtime.

“I’ll never forget that, that was awesome,” he said.

It was a dream come true for the boy from Bend, Oregon, but there’s one thing that could make it even better.

“I wouldn’t be opposed to playing with him again, that’s for sure,” Cody replied.

Perhaps one day the twins who pushed each other every step can be back together for more moments like this.