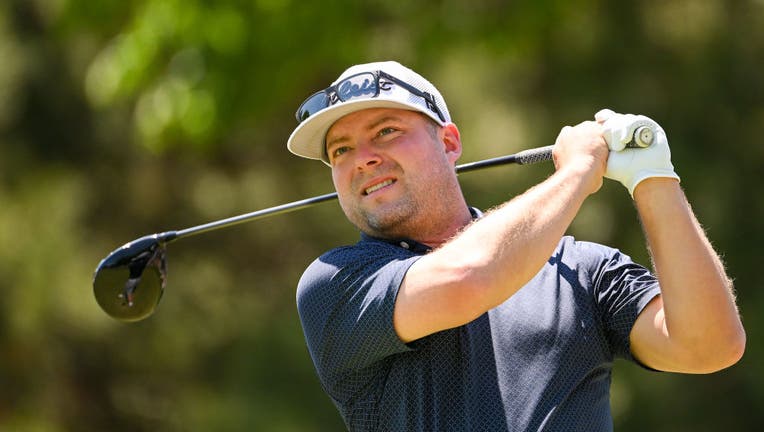 TULSA, OKLAHOMA - MAY 16: Austin Hurt of the United States, PGA of America Club Professional, plays his shot from the seventh tee during a practice round prior to the start of the 2022 PGA Championship at Southern Hills Country Club on May 16, 2022 i

Austin Hurt's day job is teaching others how to play golf as a PGA Professional at Wing Point Golf and Country Club on Bainbridge Island. But this week, Hurt is rubbing elbows with Tiger Woods, Scottie Scheffler, Jon Rahm and others as one of 156 golfers playing in this week's PGA Championship at Southern Hills Country Club in Tulsa, Oklahoma.

"It's been a dream a long time," Hurt said from Tulsa.

Hurt won the 2009 Washington Amateur at Palouse Ridge Golf Club. He also qualified for the 2011 U.S. Amateur at Erin Hills, but failed to advance out of stroke play. After failing to gain status on the Canadian Tour, Hurt turned his focus away from a playing career and put his clubs on the shelf for a while.

"We've been chasing it for quite a while, let alone a major championship," Hurt said of his desire to play professionally. "Been trying to qualify for a PGA Tour event ever since I got out of college in 2010. Monday qualifying, Canadian Tour Q-school, U.S. Open qualifiers. Been close there a couple times. To qualify and to actually have it happen, it didn't hit me and I don't know if it still has until you get in the locker room and you start walking around with all of the guys that you've been watching on TV for 20 years.

"It's been really cool. It feels tremendous. There's been so much support. Couldn't ask for more with the experience."

It's not Hurt's first time on a major stage, however. He was a member of the 2011 Bainbridge Island Little League team that playing in the Little League World Series. Hurt was a catcher on the team in a year that was overshadowed by the controversy of Danny Almonte.

Hurt said that experience has helped keep his nerves in check as he prepares to play golf on one of its biggest stages.

"I attribute a lot of it, being calm, staying calm, crowds and everything to that," Hurt said. "That being said, when I get on that first tee, you better believe I'll be nervous. There's going to be a huge grandstand to the left. It's one thing playing practice rounds in a crowd but when they call your name and the crowd goes crazy, it's going to be fun. It's going to be a cool experience."

Hurt is paired with Chad Ramey and Lucas Herbert for the first two days of the tournament. They will tee off at 12:15 a.m. PT on Thursday and 6:50 a.m. PT on Friday. Hurt isn't the only local PGA Professional to make the field this year. Tim Feenstra of Broadmoor Golf Club also qualified for the event.

"Let's try to make the cut," Hurt said of his goals for the week. "If we can do that, I'll be pretty satisfied."

While it is an uphill climb for a guy with a day job to make a cut in a major championship, it's far from unprecedented. At least one club professional has made the cut in five of the last six PGA Championships.

"I'd like to say that I could try to win this thing but I'm not a major champion, I'm not a PGA Tour player. I'm a guy that has a job 40 hours a week. I'd love to say that, but I'm not Jon Rahm. I'm not Brooks Koepka. I'm just out here qualifying through PGA of America and looking to have a good time."