SEATTLE - It’s been nearly a decade since No. 24 Oregon State was last ranked in the AP Top 25. And even then, it was a preseason ranking that lasted all of one week after the Beavers were upset in the 2013 season opener.

If the Beavers are going to stick around for more than a week this time around, it will be earned. 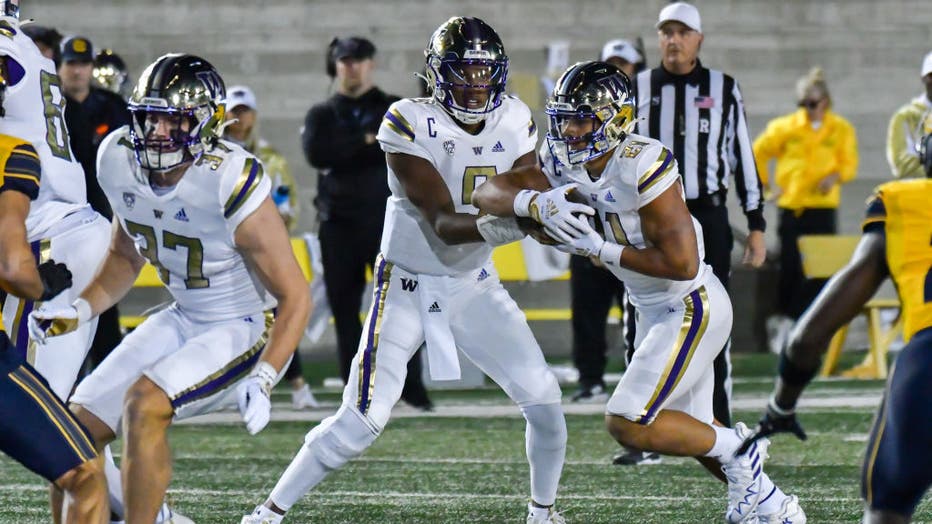 Oregon State travels to Washington on Friday night for what amounts to an elimination game in the race for one of the top two spots in the Pac-12 Conference.

Both teams are 6-2 overall and 3-2 in conference. The winner will keep alive its hopes of staying in contention for a spot in the conference championship game in Las Vegas, while the loser will start looking at its options for a second-tier bowl game.

In a twist, it could be the first time the two Pacific Northwest teams will face inclement weather this season. Forecasts are calling for rain to hit western Washington on Friday along with blustery winds, although Seattle itself could be slightly shielded from the worst of the conditions.

"The weather around here has been great. I don’t think it’s rained for a two-month stretch, maybe even longer than that," Oregon State coach Jonathan Smith said. "... Count on it being a little wet on Friday."

If conditions are bad, it’ll likely have more impact on the Huskies, who enter the week with the top passer in the country, quarterback Michael Penix Jr. Penix has throw for at least 300 yards in every game this season and the last time the Huskies played at home on Oct. 16 against Arizona, he set single-game school records for yards passing (516) and completions (36).

RELATED: California looks to remain unbeaten at home vs. Washington

Having that kind of success against the Beavers seems unlikely, both because of the conditions and because Oregon State’s defense is pretty good.

"You certainly have to have different plans and different ways to attack, and we have all those things built into our offense," Washington coach Kalen DeBoer said. "It’s just a matter of which direction you focus on a little bit more, and you add to what you already do. But really, it’s the same offense we’ve run for 20 years. But right now, because we have such a great skill set and have had so much success in the passing game, you call a few more of those."

The Beavers will be staying with Ben Gulbranson at quarterback even as Chance Nolan, the starter to begin the season, is getting closer to being healthy. Gulbranson has started the last three games for Oregon State after Nolan was injured in a loss at Utah.

Gulbranson hasn’t put up huge numbers. But he’s completed 62% of his passes and thrown five touchdowns and just one interception in his three games as a starter.

Washington could be as healthy as it’s been all season on defense, including a potential cameo from standout linebacker Edefuan Ulofoshio, who has been out all season due to injury. DeBoer said Ulofoshio has returned to practice. The Huskies would like to get him some snaps against Oregon State, but the likelihood is any significant playing time won’t come until next week at Oregon.

The Huskies are likely to have their starting secondary from the season opener back for the first time since Week 1 with Mishael Powell and Jordan Perryman at cornerback, and Alex Cook and Asa Turner as the safeties.

If the weather does turn bad, the running game for both teams will be crucial. In that case, the nod would go to the Beavers and freshman running back Damien Martinez. In his two games as the primary ball carrier, Martinez rushed for 111 yards against Washington State and 178 yards and three TDs against Colorado.

Washington has split carries mostly between Wayne Taulapapa and Cameron Davis, with Davis getting a team-high 13 carries last time out against California. But the Huskies are averaging just 128.5 yards per game on the ground.