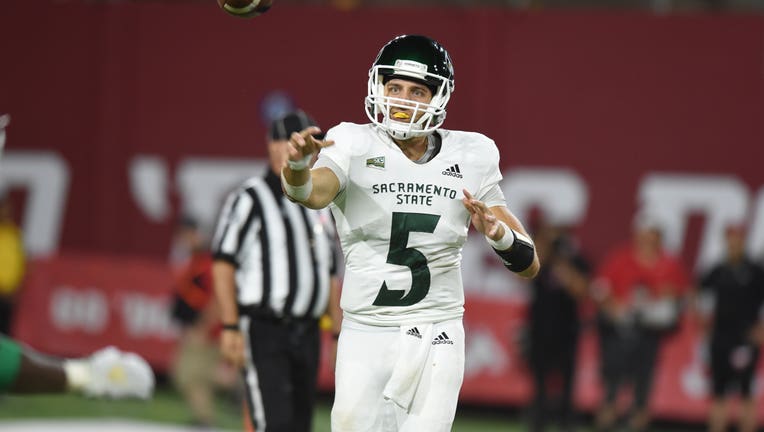 SEATTLE - The Washington Huskies may have found their next starting quarterback.

Sacramento State grad transfer Kevin Thomson signed Wednesday to an aid agreement with Washington and the former Auburn Riverside standout will be eligible to play in the 2020 season, head coach Jimmy Lake said.

That's good news for the Huskies, after last year's starting quarterback Jacob Eason left the program early for the NFL.

"We're really pleased that Kevin is returning to play for his hometown school," Lake said. "He adds a lot of experience to our quarterbacks room and should help raise the level of competition for everyone."

Experience is important for the Huskies, considering the other quarterbacks currently under scholarship – sophomore Jacob Sirmon, redshirt freshman Dylan Morris and incoming freshman Ethan Garbers – have yet to start a game.

Thomson, who originally attended UNLV out of high school, spent the last three seasons at Sacramento State, where he was an NCAA-FCS All-American and Big Sky Offensive Player of the Year last fall. He finished in a tie for third place for the 2019 Walter Payton Award, given to the nation's top FCS offensive player, and was also a three-time Academic All-Big Sky selection.

The Hornets finished 9-4 overall and 7-1 in the Big Sky last fall, earning a share of the conference title and a berth in the NCAA FCS playoffs, the first in the program's history.

Thomson spent two years at UNLV. He was granted additional eligibility by the NCAA due to a major injury, which means he has one season remaining.

It's still unclear what the upcoming season will look like amid a global pandemic.