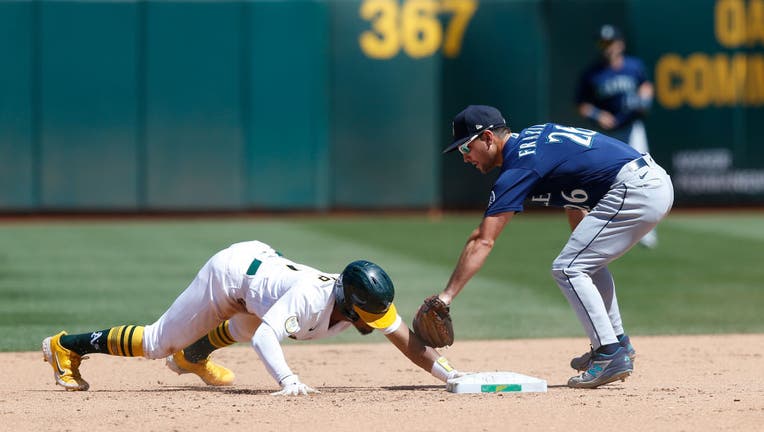 OAKLAND, CALIFORNIA - AUGUST 21: Tony Kemp #5 of the Oakland Athletics steals second base ahead of a fielder Adam Frazier #26 of the Seattle Mariners in the bottom of the fifth inning at RingCentral Coliseum on August 21, 2022 in Oakland, California.

SEATTLE - The Oakland Athletics start a three-game series at home against the Seattle Mariners on Tuesday.

Tuesday’s game is the 14th meeting between these teams this season. The Mariners have an 8-5 advantage in the season series.

Sean Murphy has a .253 batting average to rank second on the Athletics, and has 33 doubles, two triples and 18 home runs. Tony Kemp is 11-for-32 with two home runs and six RBI over the past 10 games.