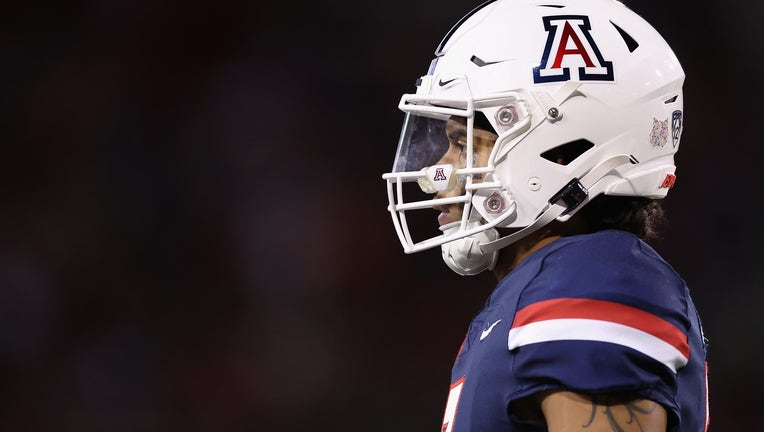 TUCSON, ARIZONA - OCTOBER 08: Quarterback Jayden de Laura #7 of the Arizona Wildcats reacts after throwing an interception to the Oregon Ducks during the second half of the NCAAF game at Arizona Stadium on October 08, 2022 in Tucson, Arizona. (Photo

TUCSON, Ariz. - Arizona QB Jayden de Laura faces his old team for the first time since leaving the Palouse. A two-year starter at Washington State, de Laura has been superb in Tucson, ranking sixth nationally with 312.6 yards per game and 13th with 24 passing TDs.

The Wildcats will face a Cougars’ defense that’s fourth in the Pac-12, allowing 235.8 yards passing per game. Arizona beat then-No. 9 UCLA last week for its first win over a top-10 opponent since 2015. 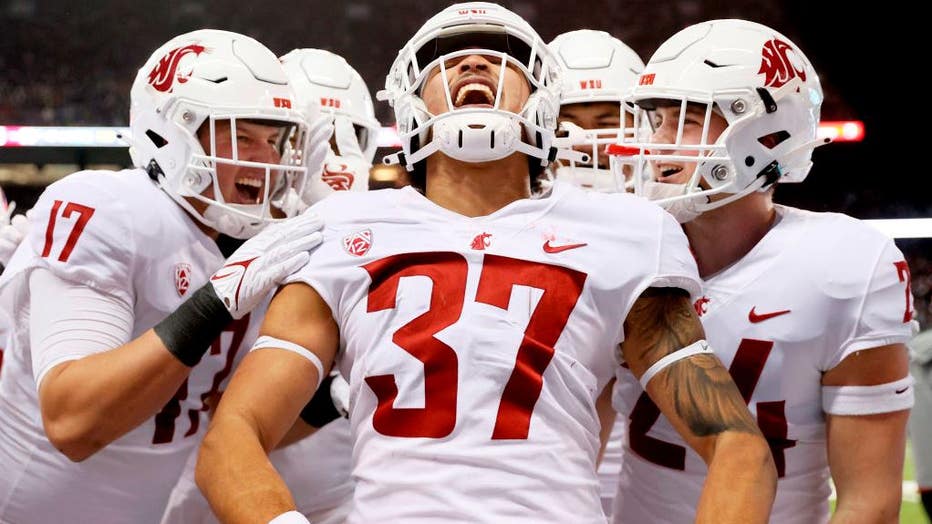 Washington State’s defense vs. Arizona’s offense. The Cougars lead the Pac-12 in points allowed, giving up 19.8 per game. Washington State is on pace for its best mark since allowing 19.77 in 2003. Arizona has scored at least 30 points in seven of 10 games and has at least 500 total yards four times, most since 2018

Washington State: QB Cam Ward. He has thrown for 2,579 yards and 20 TDs with eight interceptions. Ward has gone three straight games without throwing an interception, but has been sacked 30 times — tied for second most in the Pac-12.

Arizona: WR Jacob Cowing. The UTEP transfer leads all Power Five receivers with 604 yards after the catch, so tackling will be at a premium for Washington State. Cowing leads the Pac-12 with 74 receptions and 964 yards receiving.

Washington State has not committed a turnover the past two games. The Cougars have not gone three straight games without a turnover since 1996. Arizona has struggled in the red zone but went 6 for 6 against UCLA last week. The Cougars have won four of the past five meetings. Washington State has outscored its past two opponents 70-7 in the first half. The Wildcats need to win out to become bowl-eligible for the first time since 2017.