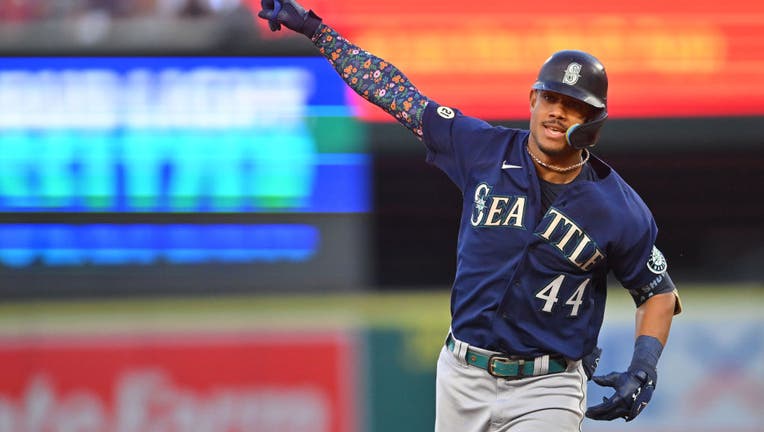 ANAHEIM, CA - SEPTEMBER 16: Julio Rodriguez #44 of the Seattle Mariners rounds the bases after hitting a solo home run in the first inning against the Los Angeles Angels at Angel Stadium of Anaheim on September 16, 2022 in Anaheim, California. (Photo

ANAHEIM, Calif. - The Los Angeles Angels play the Seattle Mariners with a 1-0 series lead. Saturday's game is the 17th meeting between these teams this season. The season series is tied 8-8.

Taylor Ward has 16 doubles, two triples and 18 home runs for the Angels. Mike Trout is 13-for-36 with two doubles and seven home runs over the last 10 games.