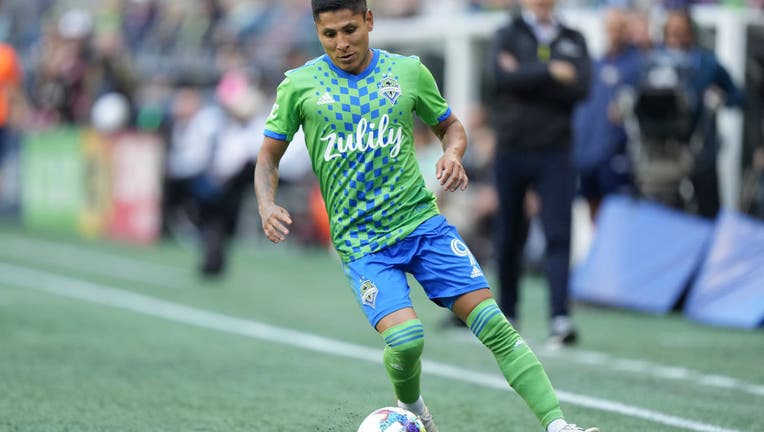 SEATTLE, WA - JUNE 14: Seattle Sounders forward Raúl Ruidíaz (9) handles the ball during an MLS match between the Vancouver Whitecaps and Seattle Sounders on June 14, 2022 at Lumen Field in Seattle, WA.(Photo by Jeff Halstead/Icon Sportswire via Gett

SEATTLE - Christian Arango scored the equalizer for Los Angeles FC in a 1-1 draw with the Seattle Sounders on Saturday.

Arango’s game-tying goal came in the 79th minute for Western Conference-leading LAFC (9-3-3). On the run, he pushed a header to the upper left corner of the net past the reach of Sounders goalkeeper Stefan Frei.

Albert Rusnak scored for the Sounders (6-6-2) in the 58th minute after intercepting a pass from LAFC goalkeeper Maxime Crepeau.

The Sounders outshot LAFC 12-9, with five shots on goal to seven for LAFC.

Frei saved six of the seven shots he faced for the Sounders, including a remarkable double-save in the 63rd minute. Crepeau made four saves for LAFC.

The Sounders play at home on Saturday against Sporting Kansas City. LAFC will host the New York Red Bulls on Sunday.

The Associated Press created this story using technology provided by Data Skrive and data from Sportradar.