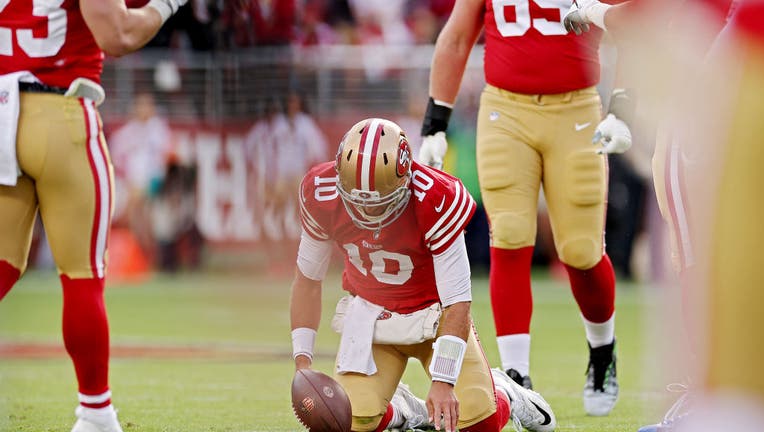 SANTA CLARA, CALIFORNIA - DECEMBER 04: Jimmy Garoppolo #10 of the San Francisco 49ers struggles to get up after being sacked during the first quarter against the Miami Dolphins at Levi's Stadium on December 04, 2022 in Santa Clara, California. (Photo

He was sacked on 3rd down during the first drive of the Niners game against the Miami Dolphins.

"Just hearing it is pretty crushing, we know what Jimmy has been through," Shanahan said.

Shanahan said he found out about the severity of the injury in the second quarter.

"You always hurt for guys with injuries," Shanahan said. "When it's the quarterback of your team it affects it more, it affects guys a little bit more."

Brock Purdy, the teams 3rd string quarterback ,who they selected with the last pick in the NFL draft, replaced Garoppolo.

The 49ers are in first place in the NFC West with an 8-4 record.

Bailey O'Carroll is a reporter for KTVU. Email Bailey at bailey.ocarroll@fox.com. Or follow her on Twitter @baileyocarroll