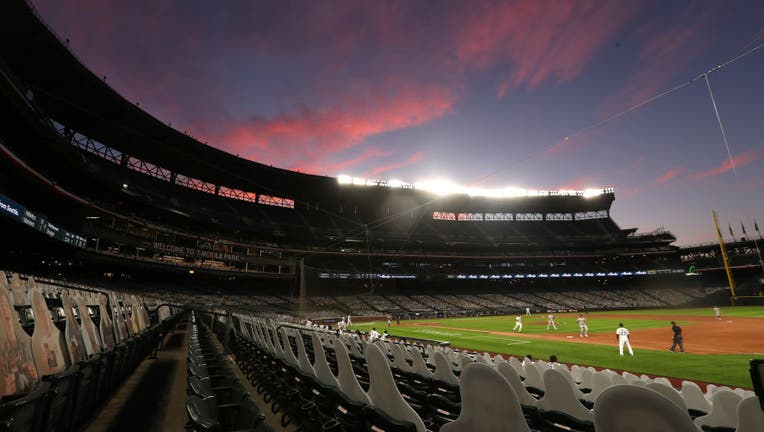 SEATTLE, WASHINGTON - AUGUST 03: A general view of play during a game between the Seattle Mariners and Oakland Athletics at T-Mobile Park on August 03, 2020 in Seattle, Washington. (Photo by Abbie Parr/Getty Images)

OAKLAND, Calif. - The first two games of Oakland’s series at Seattle have been postponed to allow for additional testing and contact tracing after a member of the Athletics’ organization tested positive for the coronavirus.

The positive test already caused the postponement of Oakland’s game Sunday against the Houston Astros.

Now games against the Mariners on Tuesday and Wednesday are being put off. The A’s are also scheduled to play at Seattle on Thursday.

On Sunday, the A’s said they would self-isolate in Houston. There were no details provided on whether the positive result came from a player or someone else.

The Mariners were still scheduled to face the Angels Monday afternoon in Los Angeles.