This content is from our sponsor. The FOX editorial team was not involved with the creation of this content.

February is heart month, and statistics show women are less likely to receive bystander CPR. On top of that women are also less likely to notice problematic signs and symptoms when it comes to heart disease.

SEATTLE - February is heart month, and statistics show women are less likely to receive bystander CPR. On top of that women are also less likely to notice problematic signs and symptoms when it comes to heart disease. One young woman who got a second shot at life has now made it her mission to make sure everyone knows how to save a life using CPR.

"All I remember is getting home, petting my dog, and then waking up 3, 4 days later in the hospital and had no idea what had happened."

Ashley Mohoric was just 32 years old when she tore her Achilles tendon playing volleyball. She underwent the first major surgery of her life back in 2018. 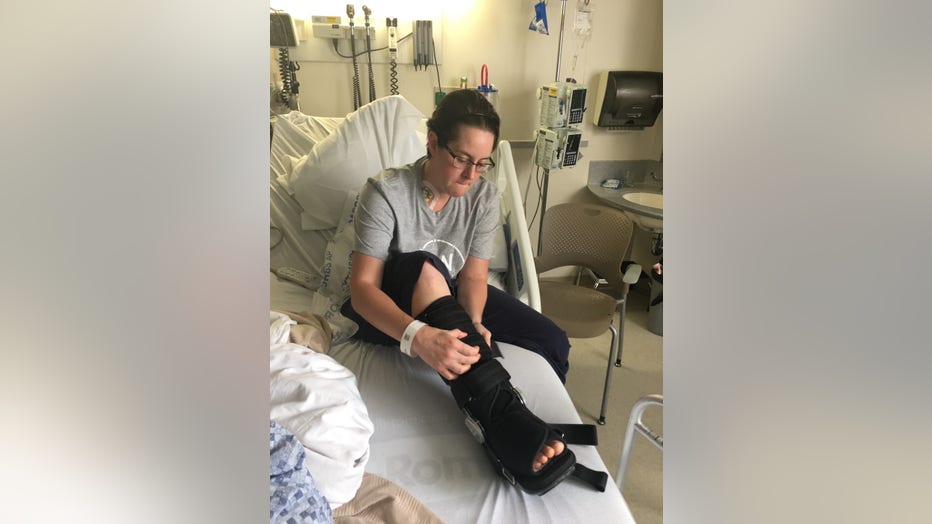 Ashley says weeks after her procedure she wasn’t feeling like herself, "I just felt really weird, I’d get hot, I’d get sweaty like my heart started racing… I was having a really hard time breathing."

At first, she attributed it to her asthma. She laid down hoping to catch her breath, that’s when her boyfriend went in to check on her, "He was like I’m just gonna go like see how she’s doing, and found me there, unresponsive and had to call 911 and they walked him through how to do CPR."

Her boyfriend didn’t know how to save her life, but with the help of dispatch, Ashley is here to share her story of survival— one she never expected to have to tell, as she says she was never warned that something like this could happen to her after surgery, "This hit me like a mac truck like I didn’t know what to look out for."

Ashley says her heart episode happened after a blood clot broke free in her leg and traveled up to her lungs.  Dr. Drew Oliveira is the Senior Executive Medical Director with Regence and he says blood clots are a very common problem. "That can stop the blood flow to that lung, it could stop the oxygenation of blood, but even can result in cardiovascular collapse... There is a death from a blood clot every 6 seconds in the United States."

Ashley noted some of the symptoms she experienced, "The main thing for them being in the legs is that swelling and the warmth that is felt at that area, it will start to ache a little bit too." 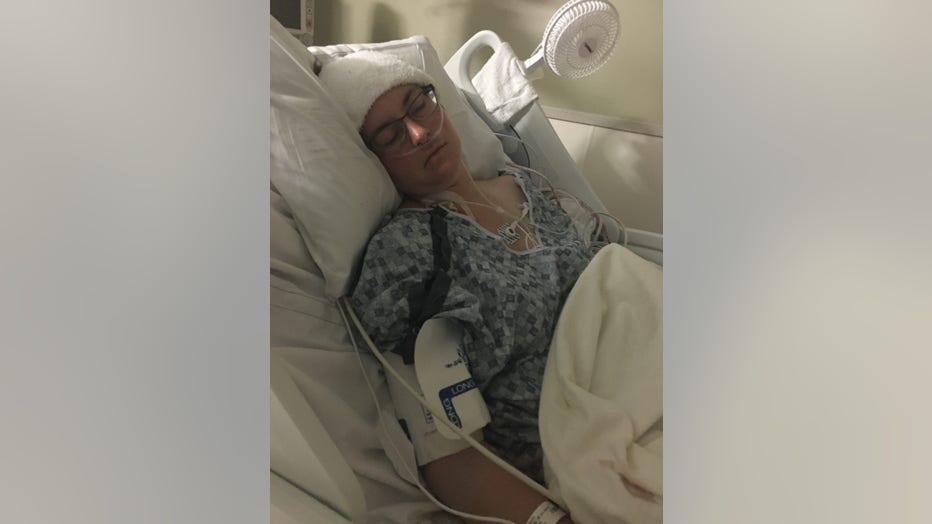 She had to go back in to have a small device called an IVC filter implanted, "I call it the head-scratcher because it looks like one of those wire head-scratchers that sits in your vein and it is there because I had three clots still in my leg, so it’s meant to stay there and catch them if they break loose again so it doesn’t make it up to my lungs or my heart or worse to my brain."

Now Ashley works for the heart association and says her mission is to spread awareness by sharing her story, "Knowing the two easy steps to do hands-only CPR is the best thing that you can do, and not being afraid to break their ribs, they can complain about it later. But you need to save their life."

Saving a life can be exhausting too, getting to 100 to 120 beats per minute is no easy task, but Ashley says getting a rhythm can help, "Oh, I just have to press hard and fast on their hands to stayin’ alive. Even for kids, there’s lots of songs, like Baby Shark or there’s Justin Bieber songs that they know the beat to that they can push."

So, aside from learning CPR and potentially getting certified to save others, Ashley says it is important to pay attention to your own heart, too.

"Know yourself, know your body, know the warning signs to know when something is wrong and like take that step of going to your doctor and advocating for yourself."

We are spending a lot more time at home, and Dr. Oliveira says a sedentary lifestyle can increase the risk of blood clots, as can an increase in estrogen.

The American Heart Association says, performing mouth-to-mouth CPR is not as important as hand-only CPR, as the emphasis is on getting the blood circulating and continuing to circulate through the body in order to increase the chances of survival.

For more on CPR and how to get certified, click here.

This content is from our sponsor. The FOX editorial team was not involved with the creation of this content.