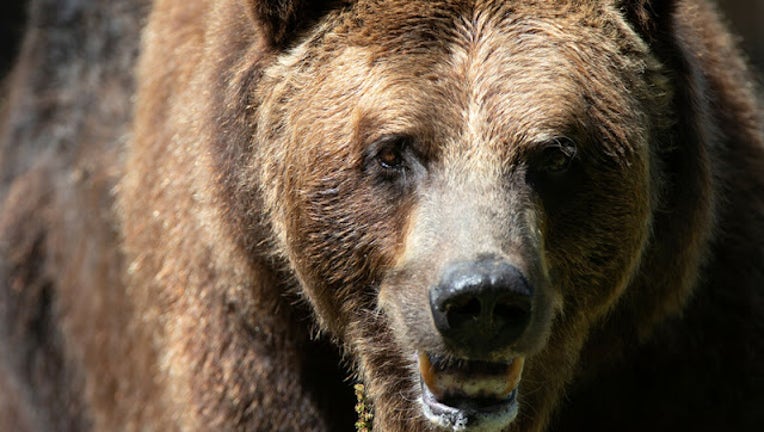 SEATTLE - The Woodland Park Zoo is mourning the loss of a 28-year-old male grizzly bear after the zoo euthanize him due to a severe health decline.

Officials said Keema was humanely euthanized on Sunday due to a  decline in health, which included a lack of appetite and reduced mobility.

"While Keema had been hanging in there, he had been declining in mobility which is not uncommon for aging animals. He was in obvious discomfort today and had deteriorated significantly in health," said Dr. Tim Storms, director of animal health at Woodland Park Zoo. "We had to make the difficult decision today to humanely euthanize him."

The zoo said Keema was under close observation. He had undergone examinations due to his decline in mobility but the veterinary team couldn't find any treatable underlying diseases. He was prescribed analgesics and joint medication to help with his arthritis and keep him comfortable.

Keema and his twin brother, Denali, were born in 1994 at the Washington State University Bear Center and arrived at the zoo as 10-month-old cubs. Denali died in December 2020 due to geriatric age-related issues. Male grizzly bears have a median life expectancy of 21 years in human care, and often less in the wild.

"Losing Keema marks the end of an era. For nearly three decades, Keema and his late twin brother, Denali, touched our hearts and minds," said Kevin Murphy, senior director of animal care at Woodland Park Zoo. "Keema lived a long, enriching life thanks to the dedication and expertise of his animal keepers and our animal health team, as well as the generous support by our donors, members and community. Further, these majestic bears were iconic ambassadors for grizzlies in the state of Washington as they helped to put the spotlight on the importance of coexisting with bears and other wildlife both in urban and remote areas. Keema and Denali will forever live in our hearts."