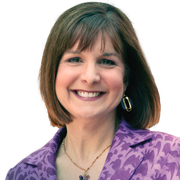 I have a degree in Atmospheric Sciences from the University of Washington and I’m proud to say that I am the first woman and TV weather person to win the annual UW Forecasting Competition in more than 60 years. I’m also a member of the American Meteorological Society and hold its Broadcast Seal.

Aside from that, I also have a degree in Theatre Arts from the University of Maryland. After working in New York City as an actress, I moved to Seattle. In the early ‘90s, I co-hosted a children’s TV show on KSTW with Rosco T. Raccoon and won an Emmy.

I am an Air Force brat who was born in Florida and I moved a lot as a kid – I’ve now lived in Seattle longer than anywhere else. I live with my husband and twin teenage boys in north Ballard. 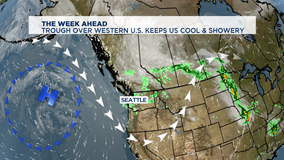