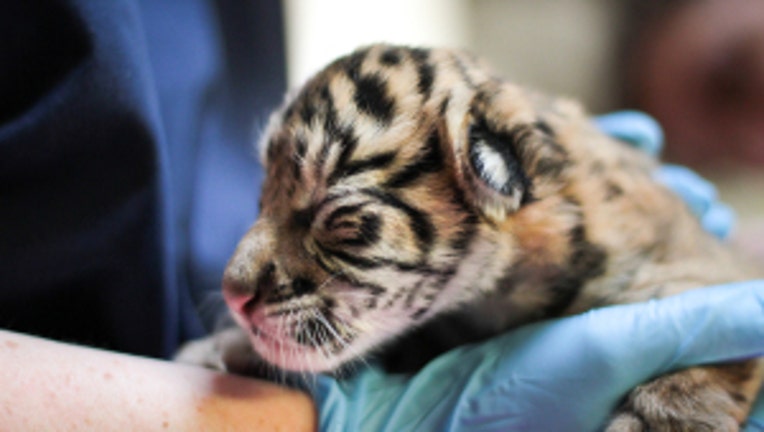 Staff has had to bottle-feed the Sumatran tiger cub born at the Point Defiance Zoo in Tacoma.

The Sumatran tiger is a critically endangered species and births in zoos are extremely rare, the zoo said in a news release.

“The cub, a female, was born overnight Tuesday. She is in good health and zookeepers with years of expertise in the care of exotic cats are bottle feeding her every three hours,” Point Defiance Zoo general curator Karen Goodrowe Beck said. “The cub needed nourishment its mother wasn’t providing."

It likely will be several weeks before the public can see the cub, who is being bottle-fed behind the scenes. She does not yet have a name.

According to the Tacoma zoo, about 200 Sumatran tigers live in zoos around the world. They are native only to the island of Sumatra. There are an estimated 250 to 300 in the wild, the zoo said.