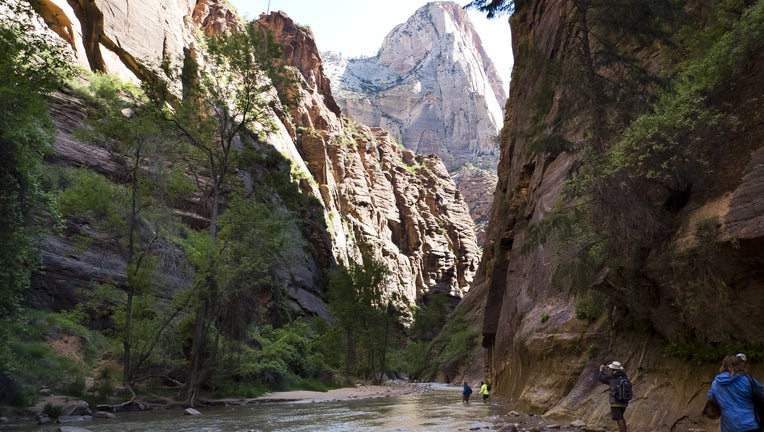 Tourists cross the Virgin River on their way to the Narrows in Zion National Park near Springdale, Utah on May 14, 2014. (Photo by MLADEN ANTONOV/AFP via Getty Images)

A 31-year-old woman on an overnight hike in Zion National Park's the Narrows died Wednesday after her husband left her to get help as temperatures plunged.

On Wednesday morning, shuttle drivers reported that visitors had encountered an injured man and a woman, who was non-responsive, in the Narrows section of the Utah park.

The Zion National Park Search and Rescue Team responded and found the man on the paved Riverside Walk trail.

He was then transported to the Zion Emergency Operations Center. 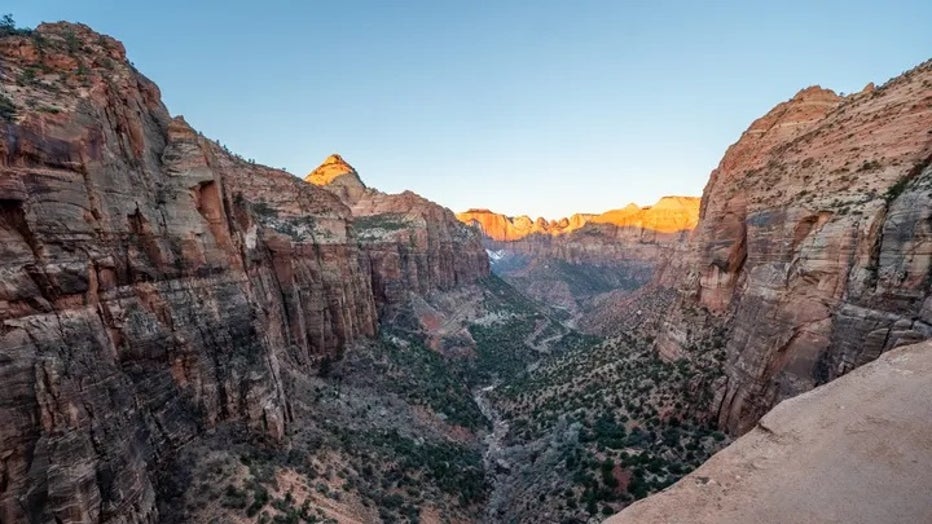 Farther up the Narrows, others found the woman near the Virgin River.

The Narrows is the narrowest section of Zion Canyon, which the Park Service describes as a gorge with walls a thousand feet tall.

While first responders administered emergency aid, they determined that she was deceased.

According to the Park Service, the 33-year-old man and 31-year-old woman – a married couple – had started their permitted 16-mile trip through the Narrows from the top-down on Tuesday.

The man reported that they became dangerously cold overnight and experienced symptoms consistent with hypothermia. 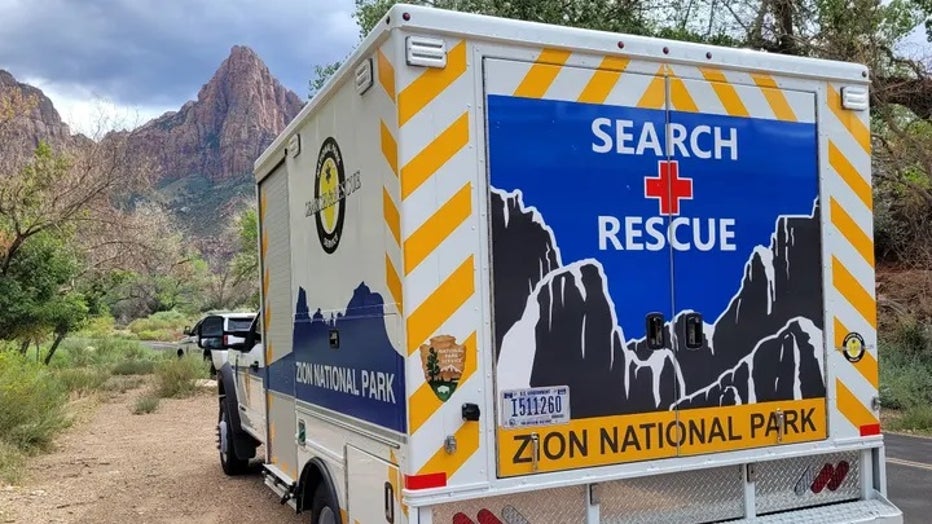 Temperatures in the area reached below 20 degrees Fahrenheit late Tuesday night, according to the National Weather Service in Kanab.

The Washington County Sheriff’s Office, Utah Office of the Medical Examiner and the National Park Service are still investigating the cause of the woman’s death.

After stopping about a mile-and-a-half from the north end of Riverside Walk, the man continued on to get help early Wednesday, while the woman remained. 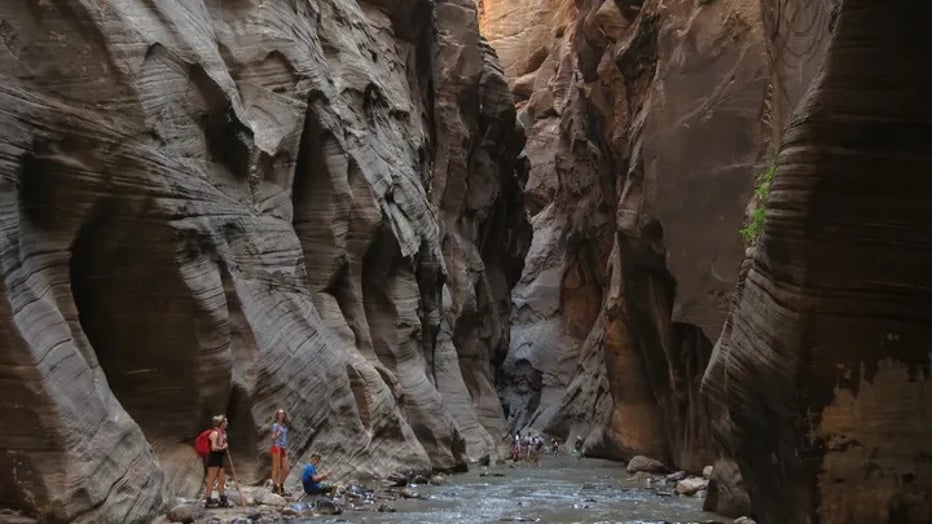 Park rangers found him there when other visitors were assisting him down the trail.

More visitors farther up the Narrows administered CPR to the woman before search and rescue members arrived.

"The National Park Service appreciates these visitors' efforts," the agency said in a release.

The response involved more than 20 search and rescue team members.