(L.A. Times) -- When deliberations began in George Zimmerman's nationally scrutinized Florida trial, the six female jurors were evenly divided on his guilt, according to the first juror to speak out about the case. 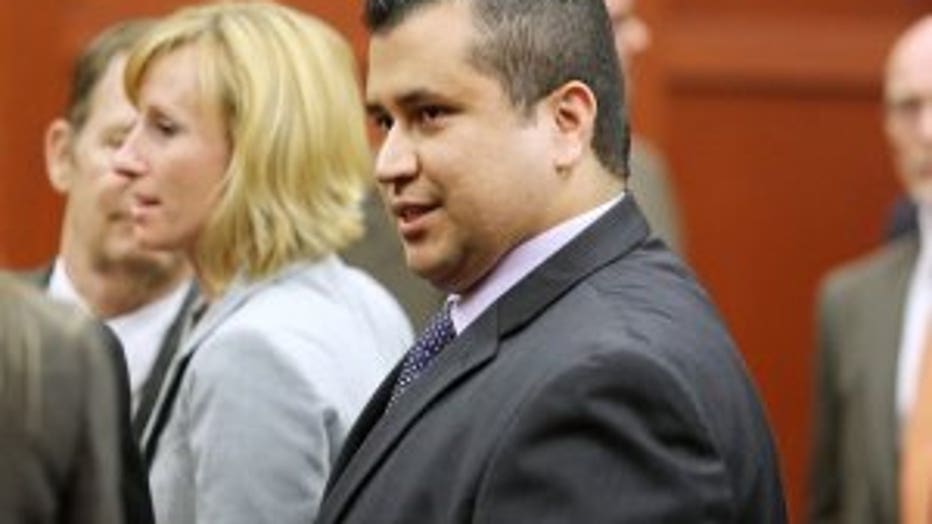 Then, Juror B37 said, the jury pored over the evidence, waded through the law and ultimately decided to acquit Zimmerman.

"I think he’s guilty of not using good judgment," the juror said in an exclusive interview with CNN's Anderson Cooper on Monday. Juror B37 announced earlier in the day that she plans to write a book about her experience.

In her interview with Cooper, she said, “I had no doubt George feared for his life in the situation he was in."

Not that Zimmerman got off easy in the jury room. A couple of the jurors "wanted to find him guilty of something," said the juror, who remained nameless and faceless in the dark of Cooper's studio.

Ultimately, picking through the jury instructions, and the legalese of Florida's murder, manslaughter and self-defense laws, the women could not find a crime that fit Zimmerman's apparent actions, she said. And once the jurors voted not guilty, they broke down in tears, she said.

“It was just hard, thinking that somebody lost their life, and there’s nothing else could be done about it," said the juror. "It’s what happened -- is sad. It’s a tragedy it happened, but it happened.”

She added, “It’s just sad that we all had come together and figure out what is gonna happen to this man’s life afterward: You find him not guilty, but you’re responsible for that 'not guilty' and all the people who want him guilty aren’t going to have any closure.”

Juror B37 had been in the spotlight earlier Monday on news that she had signed with the Los Angeles-based Martin Literary Management agency, as announced by the agency’s president, Sharlene Martin. The juror said she had not taken the book deal to make money.

Cooper said CNN did not pay the juror for her interview.

In the voir dire phase of the trial, Juror B37 said that she was a mother of two, that she once had a concealed weapons permit, and that she disdained the media because “newspapers are just not truthful.” She also said she owned “three dogs, four cats, a parrot, a crow with one wing, and two lizards.”

In her interview with Cooper, she said she thought Zimmerman had been driven to recklessness in pursuing Martin by a string of burglaries in his Sanford, Fla., neighborhood, but also thought that Martin could have walked away from the confrontation.

“I think both could have walked away; it just didn’t happen," the juror told Cooper. "It’s very emotional."

Five of the jurors thought the voice who cried out on 911 recordings belonged to Zimmerman, while the sixth was unsure, the juror said. She also said Martin threw the first punch.

"I think George got in a little too deep, which, he shouldn’t have been there," the juror said. "But Trayvon decided he wasn’t going to let him scare him … and I think Trayvon got mad and attacked him.”

Regarding Martin's comment over the phone to friend and witness Rachel Jeantel that the man following him, Zimmerman, was a "creepy-a.. cracker," the juror said she didn't hold the comment against Martin.

Juror B37 said she was unaware what a lightning rod the case had become. When the trial was over and the no-longer sequestered jurors left the hotel, she said, "it was like Disney World" with all the media around.

“I didn’t see it as a racial thing,” the juror told Cooper. “I saw it as a murder case, a second-degree murder case. It was just unbelievable it had gotten so big, so political – not 'political,' I don’t want to say that – but so emotional."

The juror told Cooper that race and racial profiling was not discussed inside the jury room. She added that she didn't mind that Zimmerman would get his gun back, saying, "It's everyone's right to carry a gun."

"I think he would be more responsible than anybody else on this planet right now," she continued.

She began to cry when she said why she came forward.

“I want people to know that we put everything into everything to get this verdict," the juror said. "We didn’t just go in there and say we’re going to come in here and do guilty, not guilty -- We thought about it for hours and cried over it afterwards. I don’t think any of us could do anything like that ever again.”