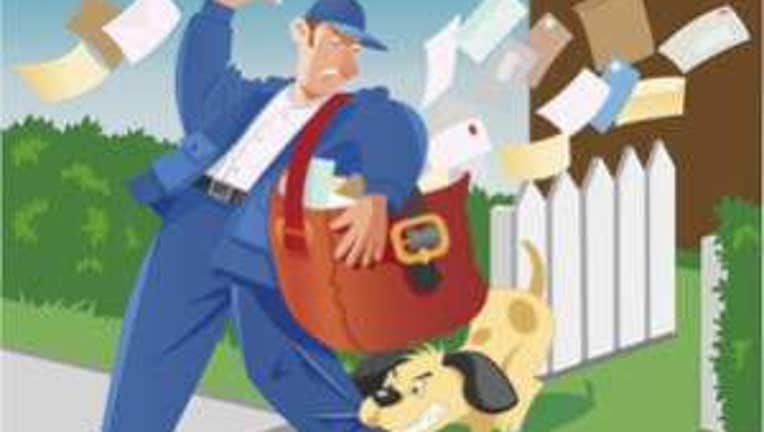 WASHINGTON – The United States Postal Service recently released a list identifying the cities with the most dog attacks on letter carriers.

This release comes ahead of the ‘National Dog Bite Prevention Week,’ recognized May 19-25.

Los Angeles topped the list with out of the nearly 6,000 postal workers attacked last year, 69 of them happened in L.A.

Seattle and San Antonio tied for second with the number of dog attacks, with 42 attacks each. Chicago (41), San Francisco (38) and Philadelphia (34) rounded out the top five. Tacoma tied with Dallas for 13th place, with 21 reported attacks each.

Letter carriers do have some recourse against pesky pups.

“If our letter carriers deem your loose dog to be a threat, you’ll be asked to pick up your mail at the Post Office until it’s safe to deliver,” Ken Snavely, acting postmaster of Los Angeles, said.

The Postal Service is urging people to practice responsible dog ownership. Officials said the issue can impact everyone.

Included below are ways to be a responsible dog owner, as well as how to avoid attacks.

How to be a Responsible Dog Owner