RENTON, Wash. -- When 11-year-old James Tardif stepped out of the limo at Seahawks headquarters, he was blasted with snapshots and cheers.

It felt like the arrival of a first-round draft pick. But on this day, he was just as special, courtesy of the Make-A-Wish Foundation of Alaska and Washington.

Like any great football player, James has battled adversity. The past few years, he's been fighting for his life against leukemia.

"He did it with a smile on his face and he’s been the glue to our family," said Alphonse Tardif, James' uncle. "What this means to us is just a moment to focus on James."

When Make-A- Wish asked James what his wish would be, the answer was simple.

"After the Super Bowl, it was all over," said Jennefir Tardif, James' mom. "It was all Seahawks from there." 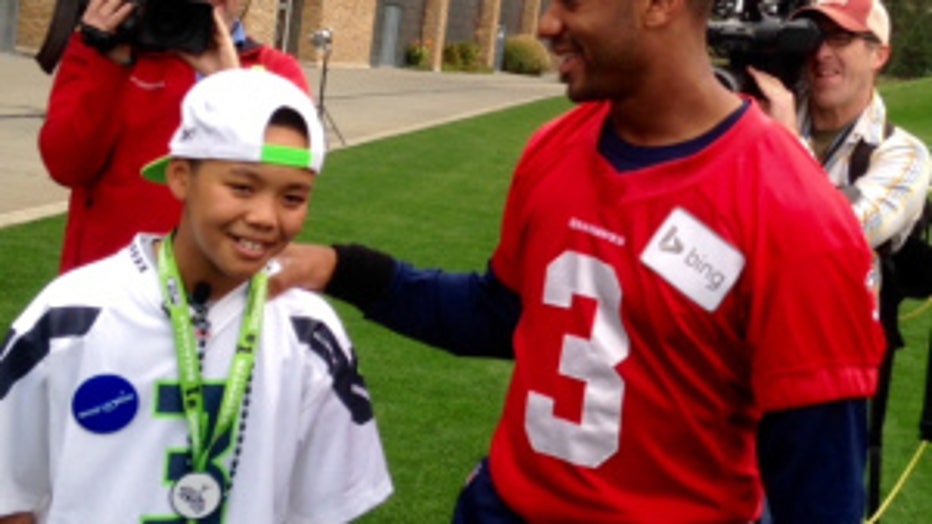 James said he just wanted to, "Meet the players -- and having a good time."

He got that and then some. He was led through a parade of employees, waving banners and cheering him on.

"I feel so special because they gave me something that’s theirs," said James. 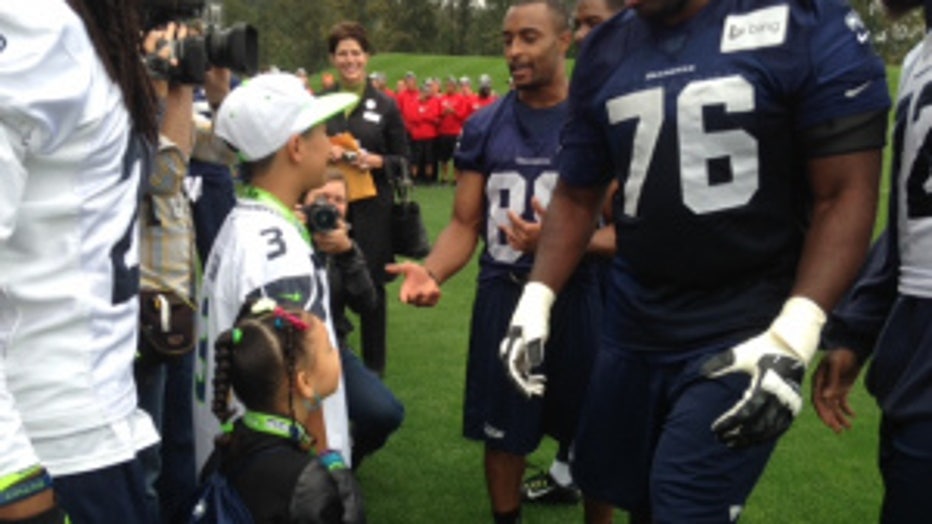 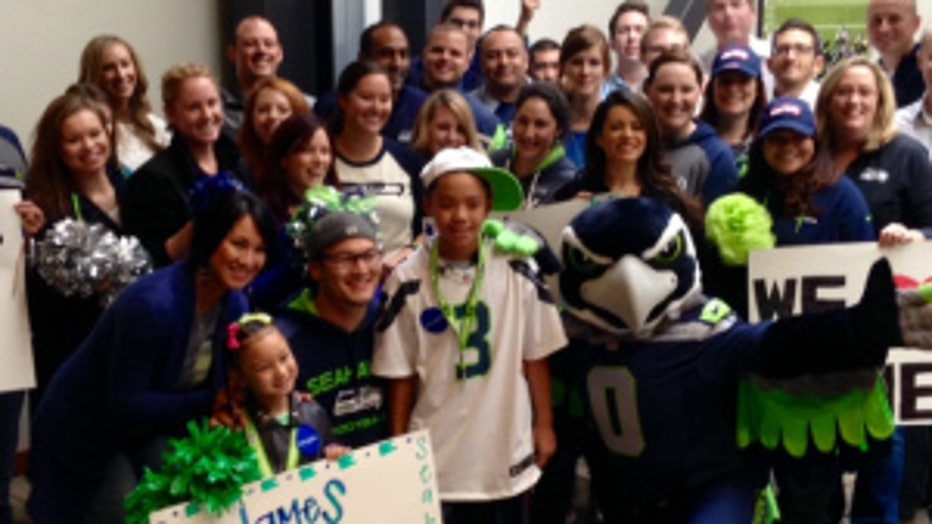 When the rest of the team came off the practice field, players like Richard Sherman, Doug Baldwin, and Jermaine Kearse gathered around James to visit with him and take pictures.

Coach Pete Carroll also hung out with James, but when the team's star quarterback approached, James didn't want to open his eyes, feeling like he was already in a dream.

Russell Wilson not only spent time with the family, he took James on a tour of the Renton facilities and pulled him aside to toss some throws on the practice field.

"You have no idea how I feel right now," a smiling James said to his uncle.

But the wish doesn't end here.

On Sunday, James will lead the Seahawks out of the tunnel at CenturyLink Field when they take on the Dallas Cowboys.