DEMING, Wash.  — The Washington State Patrol says a 25-year-old father and his 5-month-old daughter were killed in a three-vehicle crash on Mount Baker Highway. Two others were seriously injured.

The father has been identified as Phillip Moyer.

Sgt. Mark Francis says the infant's mother, Pamela Moyer, 24, was driving in a separate car from her husband and child and was one of two injured Sunday morning.

Pamela Moyer and Larry Fitzgerald, 71, of Maple Falls, were taken to PeaceHealth St. Joseph Medical Center in Bellingham. He was critically injured. She had serious injuries that aren't considered life-threatening. 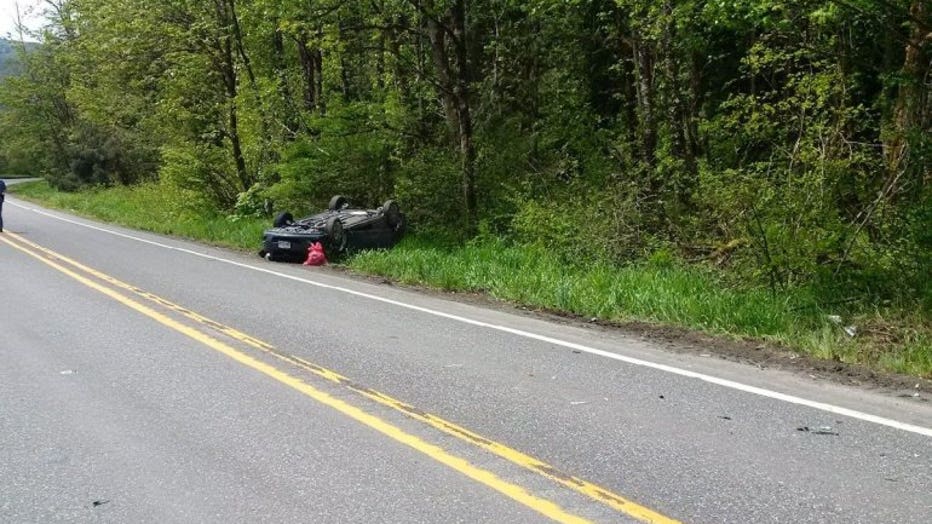 The crash happened on State Route 542 northeast of Deming.

Francis says Fitzgerald was driving a Chevy Suburban going eastbound when he crossed the center line. Pamela swerved to avoid the SUV, causing her Toyota Yaris to roll over.

The SUV then collided head-on with the car with the father and infant. They both died at the scene.

The crash is under investigation.