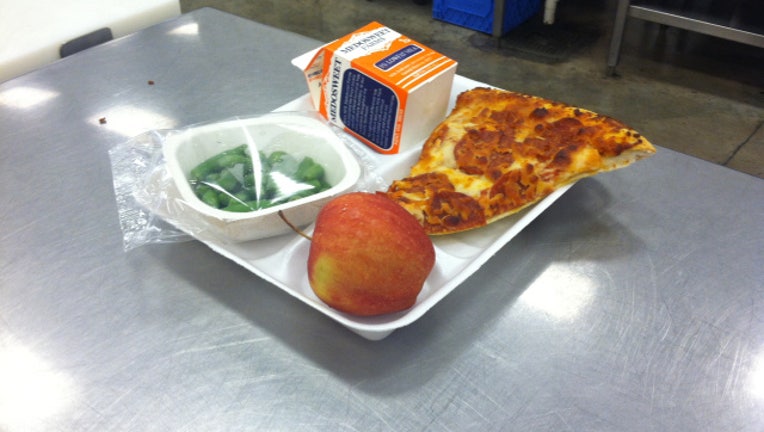 KENT -- A Kent father is furious that his son was humiliated and left hungry at Mill Creek Middle School.

“In front of all his classmates, his lunch was taken from him and thrown in the trash,” father Jimmie Keys said.

A cafeteria worker tossed the food tray in the trash because Keys says his son was short 26 cents on his lunch card.

The Kent School District says they were wrong and they are sorry.

“As a father, as a citizen, as a taxpayer as a person this is not the way we are supposed to be,” spokesperson Chris Loftis said.

With summer break ahead, the district changed its system recently to encourage parents to pay outstanding meal debts. But they failed to notify parents.

“It’s not that we don’t have the money, it’s a fact that there was a lack of communication for us to bring the money to the school,” Keys said.

Employees were told to follow strict guidelines but the district admits the worker went too far.

“In this case the system took charge instead of the common sense and the humanity and we got to fix that,” Loftis said.

To make matters worse, Keys' son was supposed to get a substitute meal but that never happened.

“The message was either not delivered or not understood and the kid did walk away without food,” Loftis said.

“I was very infuriated my wife and my son had to calm me down from going to the school,” Keys said.

The school directly apologized to Keys and revamped their accounting system so that all parents are notified once their kids lunch card gets to a $1.

“There are 900 kids in the school; it’s hard to believe that it’s happening to just my son,” Keys said.

In the past, the district lost nearly $30,000 in one school year because of unpaid meals. So it’s important they collect as much as they can, but again they say this one case was not handled appropriately.

Administrators talked to the cafeteria worker on how to handle the situation better next time but the father says he does not want her to be fired.

Keys said he is satisfied with the district changing its system.