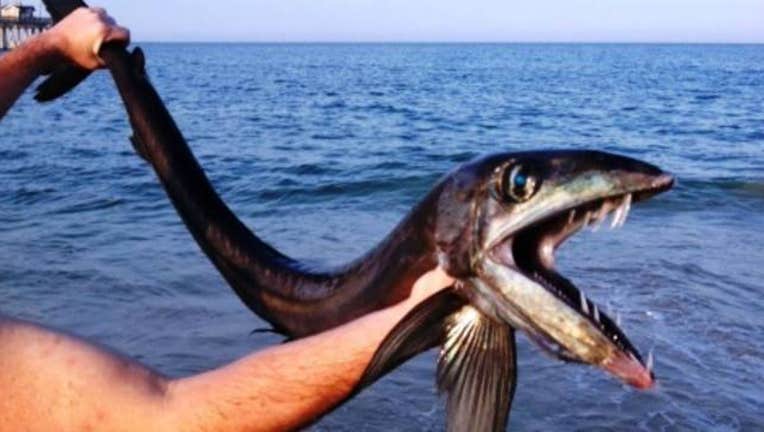 A Lancetfish was found Monday along the North Carolina coast. (Photographer: Leif Rasmussen via Daryl Law) 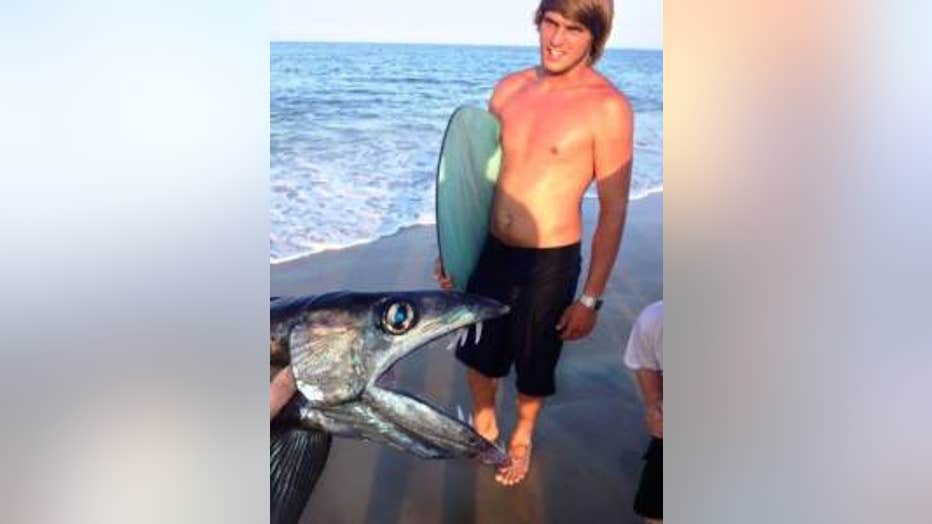 Officials with Jennette’s Pier said the rare fish was alive when it washed up on the shore.

Workers at the North Carolina Aquarium released the fish after taking a few photos.

The Lancetfish is an open ocean fish which means it rarely comes to shore.

The animals are up 6.6 feet long. They have large mouths and very sharp teeth.

Scientists do not know much about their biology except that the creatures are found in all oceans besides the polar seas.

Lancetfish have been seen as far north as Greenland and are often caught by vessels long-lining for tuna. 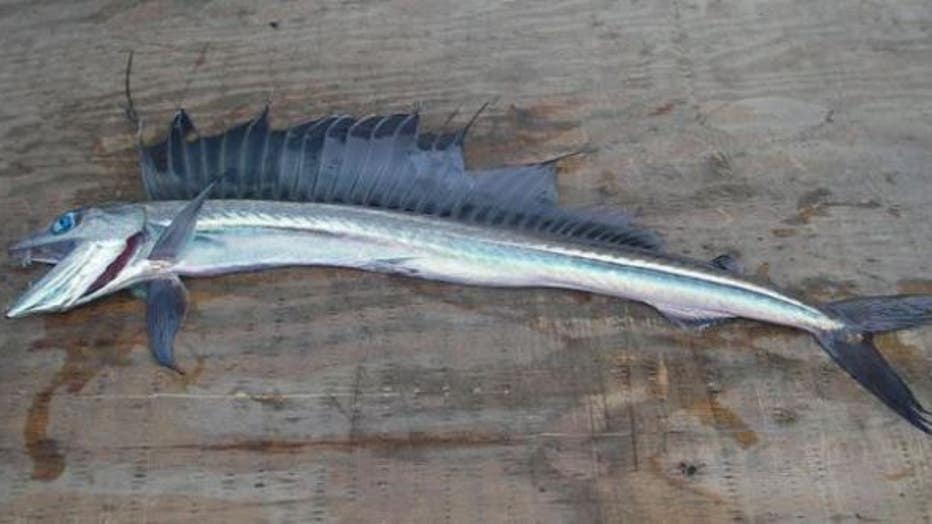 A November 2006 photo of a Lancetfish (Credit: NOAA)