The singer first released the song in 1994 as part of her holiday album.

As if you didn’t see it coming, Mariah Carey’s "All I Want For Christmas Is You" has reached number one on the Billboard Global 200 chart.

The chart ranks top songs based on "streaming and/or sales activity from more than 200 territories around the world- including the U.S."

We’ll give you a moment to act surprised and sing along.

RELATED: Mariah Carey is spreading the Christmas cheer with the 'ultimate holiday experience' for two guests in NYC

Last week, the popular song — which is becoming more of a holiday staple — peaked at number five on the chart.

Carey first released the song in 1994 as part of her holiday album, but the record didn’t become a number-one hit in the U.S. until 2019. The song details how Carey longs to be with her loved one for the holiday.

"It was kind of an accident," Carey told the L.A. Times about writing the song. "When I did that first Christmas album, ‘Merry Christmas,‘ it was pretty early in my career."

"But in this case, I was just sitting there, coming up with this melody, in a dark house with a Christmas tree," Carey said. She collaborated with record producer Walter Afanasieff to add the vocals and instruments.

Carey said the song is a testament to how much she truly cherishes Christmas. 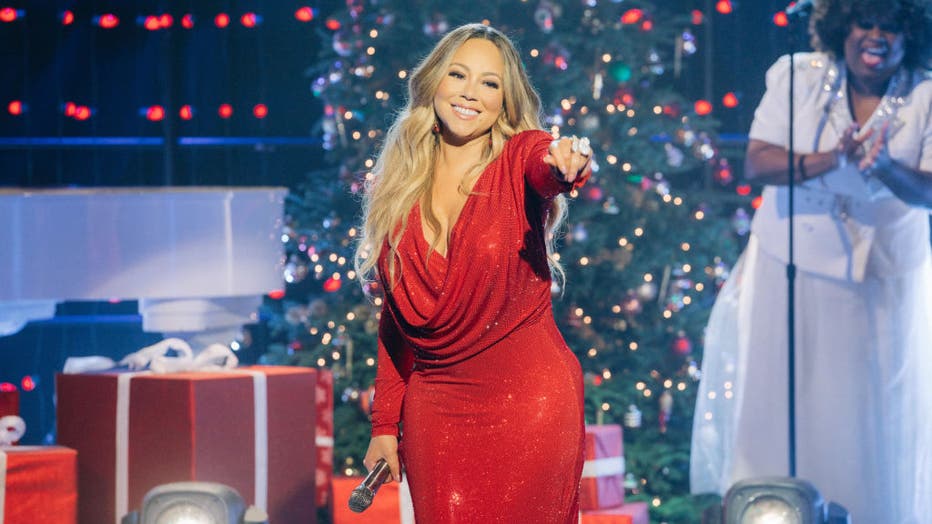 "No matter what’s happening in the world, Christmas will never be canceled at my house," she said.

Carey was sued for copyright over the song earlier this year. The civil suit was filed by Andy Stone, who claimed to have co-written Carey’s hit "All I Want for Christmas is You" in 1989 and recorded it at the Masterphonics Studio 6 in Nashville, Tennessee.

Stone, whose stage name is "Vince Vance," filed a complaint against Carey, Walter Afanasieff and Sony Music Entertainment in the U.S. District Court of Eastern District of Louisiana.

According to court documents obtained by FOX Television Stations, Stone said Carey and her team never sought permission to use the song "in creating, reproducing, recording, distributing, selling, or publicly performing."

Stone sued for copyright infringement, unjust enrichment and misappropriation and violation of the Lanham Act, which governs trademarks.