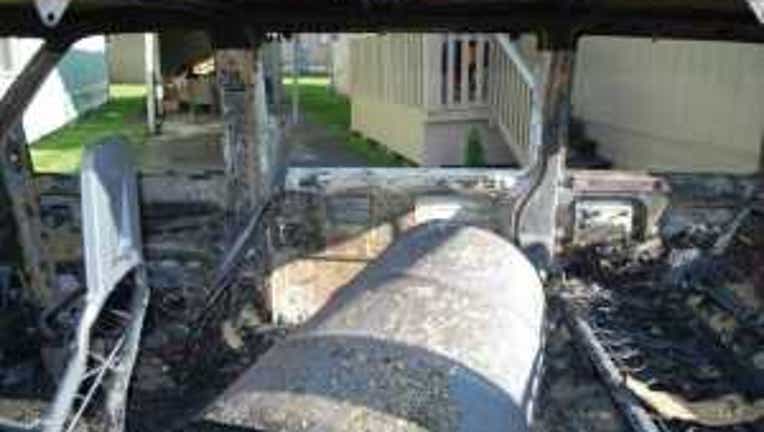 YELM -- A 59-year-old man and his 30-year-old wife are in critical condition at Harborview Medical Center after a van they tried to convert to run on "gas vapor" exploded while they were testing the vehicle Wednesday.

According to the Thurston County Sheriff's Office, the husband had constructed the van to capture gas vapors from a 55-gallon drum and send the vapors to the van's engine. The couple was testing their vehicle in the 17000 block of 153rd Avenue when the van suddenly burst into flames.

The couple hastily exited the car and a neighbor drove them to the hospital. They were stopped on the way by a police officer, who provided them escort to an Olympia area hospital before being flown to Seattle.

Both are in critical condition at Harborview with severe burns.

The van was completely destroyed in the explosion, officials said, and a nearby trailer suffered minor damage from the heat. It is unclear with caused the system to ignite.