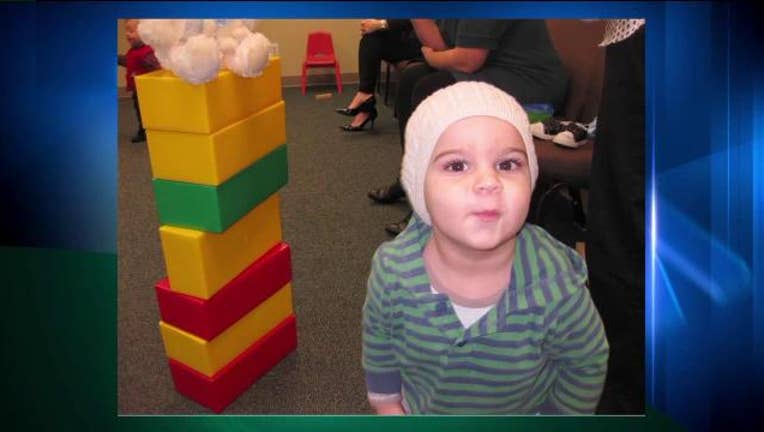 BELLEVUE -- Bellevue police detectives plan to hand out fliers on May 25 asking for the public’s help in finding Sky Metalwala, who was 2 years old when he vanished nearly 18 months ago. May 25 is National Missing Children’s Day.  Investigators say his disappearance is still an active and open joint investigation with Redmond police. Sky's mother, Julia Biryukova, told officers she left him in the car on Nov. 6, 2011, when she ran out of gas and that he was gone when she returned from a gas station.  Police say she has refused to be interviewed again. Bellevue police officer Seth Tyler  said, “Julia’s what we call a 'person of interest', which means she hasn’t been charged with a crime.  We have reached out to her to interview her regarding this case, but that’s not to say there’s not someone else out there that would have some information in this case that could help us solve" it. Tyler said Sky’s mother is just one aspect of case investigators are considering. Bellevue police Capt. Jim Hershey said, “Someone holds the key to solving the case and we would like to talk to that individual.” Anyone who as any information regarding Sky’s disappearance is urged to contact the Bellevue Police Department by sending an e-mail to pdtipline@bellevuewa.gov or calling 425-577-5656.