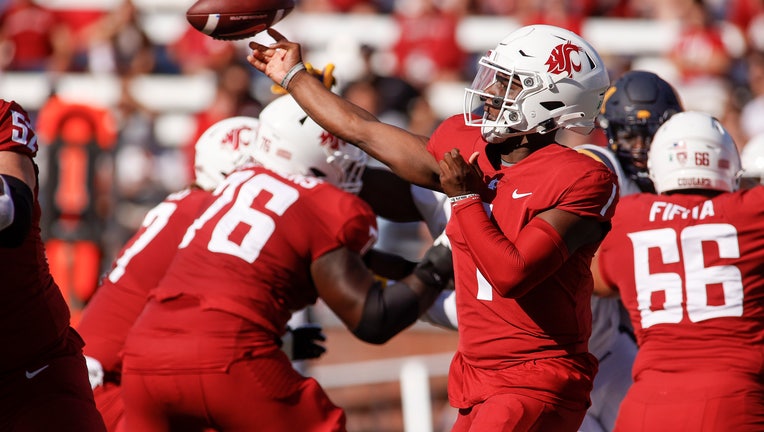 LOS ANGELES - Although No. 6 Southern California made wholesale changes to most aspects of its football program during the offseason, the defense’s transformation into a turnover-creating machine is what really catches Jake Dickert’s eye.

The Washington State (4-1, 1-1 Pac-12) head coach used to be the Cougars’ defensive coordinator, and he knows how hard it is to build the whopping plus-14 turnover margin — best in the FBS — already sported by the Trojans heading into their showdown at the Coliseum on Saturday night. It’s even more concerning because the Cougars have committed multiple turnovers in each of their games so far. 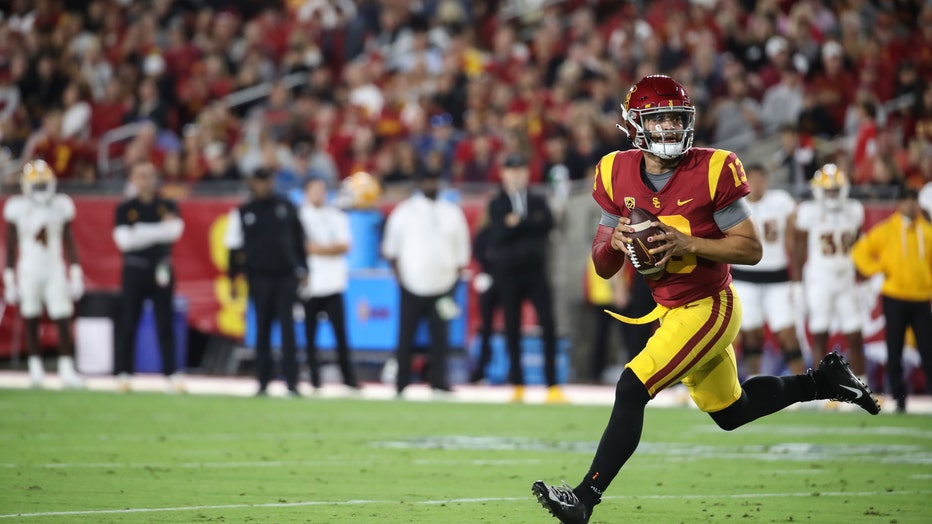 USC (5-0, 3-0) has forced 15 turnovers while committing just one — an interception by Caleb Williams last week in the Trojans’ win over Arizona State. Turnovers have been a significant factor in nearly every victory for USC, which would be unbeaten at the halfway point of new coach Lincoln Riley’s rebuilding season with one more win.

"They’ve been unbelievable — just one turnover all year," Dickert said. "That shows the type of level they’ve been operating at offensively. We’ve got to find a way to get a takeaway. That’ll be a big part of this game. … We’ve got to pick and choose our spots to be aggressive."

The credit for this turnaround goes partly to another former Washington State defensive coordinator: Alex Grinch, who manned the position for three years under Mike Leach before moving on to high-profile jobs at Ohio State, Oklahoma and USC. The Trojans are tied for the FBS lead in takeaways as they face a Washington State offense that has given the ball away 12 times.

"That logo meant the world to me," Grinch said of his time at Washington State. "They’re my family, and that’s a great place. But like we tell our guys, the opponent (is) nameless, faceless."

Grinch’s defense is coming off back-to-back respectable outings against Pac-12 opponents, but high-octane Washington State has scored 110 points in its past three games. Quarterback Cameron Ward and the Cougars present a major challenge to the Trojans’ unbeaten run on both sides of the ball, and nobody at USC appears to be looking ahead to next week’s visit to defending Pac-12 champion Utah.

Everything points toward a high-scoring shootout under the lights in LA unless the Trojans can keep up their impressive run of takeaways.

The Cougars aren’t intimidated by USC’s unbeaten start or the national spotlight trained on this game. They see it as a chance to establish themselves as a Pac-12 contender by knocking off a loaded power.

The Trojans haven’t looked quite as sharp since entering the heart of Pac-12 play, but they kept winning with a 42-25 triumph over Arizona State. Even with a critical game at No. 11 Utah on deck, USC can’t look past the upstart Cougars. Although they bounced back from their fourth-quarter implosion against No. 12 Oregon to handily defeat California 28-9, Washington State must win to keep their hopes of playing for a conference title intact.

Washington State CBs Chau Smith-Wade and Derrick Langford Jr. vs. USC WR Jordan Addison. The Cougars have had no answers for the Trojans’ bevy of NFL-bound receivers the past two years, and how Smith-Wade and Langford fare against Addison could determine if they can pull off the upset. Addison had eight grabs for 105 yards against the Sun Devils and was the focal point of the pass attack, so Smith-Wade (20 tackles, two pass breakups, one interception) and Langford (14 tackles, one pass breakup) will have to be at their best.

Washington State: LB Daiyan Henley. The Nevada transfer and Los Angeles native has been one of the revelations in the Pac-12 through the first month of the season, leading the Cougars with 44 tackles, 9 1/2 tackles for loss, four sacks and two forced fumbles.

Ward has impressed USC with his productivity and his athleticism. He is among the Pac-12 leaders with 289.0 yards passing per game, 13 TD passes and a conference-best 131 completions.

"He’s a good quarterback, very elusive," USC defensive lineman Tuli Tuipulotu said. "He looks kind of swaggy on film, too. We’re excited to play him, so we’ll get ready."

Washington State is playing only its second road game of the season, but the Cougars upset a ranked Wisconsin team in their first trip off the Palouse. They narrowly lost to a ranked Oregon team and then routed California last week, firmly establishing themselves as ahead of schedule in Dickert’s first full season in charge.

Williams is still in the midst of an excellent debut season at USC, but he has survived short bouts of inaccuracy and long stretches of running for his safety in the past two weeks to keep the Trojans unbeaten. The quarterback went 27 of 37 for 348 yards and three TDs while running for another score against Arizona State.

"I really don’t put an expectation on any of us," Williams said. "We’re going to try our hardest, do our best ... and I like my team. I like my guys. Our culture is booming, and it’s still going."

Washington State got the 26th-most votes in the most recent edition of the AP Top 25, so a win would get the Cougars ranked for the first time since 2019, Leach’s final season.

Washington State offensive coordinator Eric Morris played receiver at Texas Tech while Riley was an assistant coach at his alma mater from 2004-08, including two seasons as the Red Raiders’ receivers coach.

"He was a fun player," Riley said. "Underrecruited guy that was a smart player. Just a very tough, dependable player. We had a great run there. No surprise to see he’s in coaching and doing it well."

USC has intercepted an FBS-best 12 passes. Nine different players have at least one pick. ... The Cougars lead the Pac-12 in tackles for loss (44) and rank second in sacks (18) ... Trojans QB Caleb Williams has thrown for 12 touchdowns against one interception. He has also rushed for three scores. ... Washington State QB Cameron Ward threw for three touchdowns against the Golden Bears, his 17th career game with at least three passing scores. ... USC converted 88.9% (8 of 9) on third down against Arizona State, the best mark in Pac-12 history. ... The Cougars have allowed 681 yards passing and nine touchdowns against two interceptions in their past two games against the Trojans. ... USC is 6-1 in its past seven home games against Washington State. … Washington State has scored on 20 of 21 (95.2%) red-zone opportunities, including 16 touchdowns.

Over the weekend, one state representative announced that he will introduce legislation requiring UW and WSU to remain in the same conference as they have since 1917.