Semi driver in custody for DUI after deadly crash

A semi truck driver is in custody for DUI after a deadly crash on I-5 near Milton.

MILTON, Wash. - Troopers are investigating after a tow truck driver was fatally struck on I-5 near Milton on Tuesday morning.

Before 6:30 a.m., officials with the Washington State Department of Transportation said there was a collision in the northbound lanes of I-5 near Porter Way. 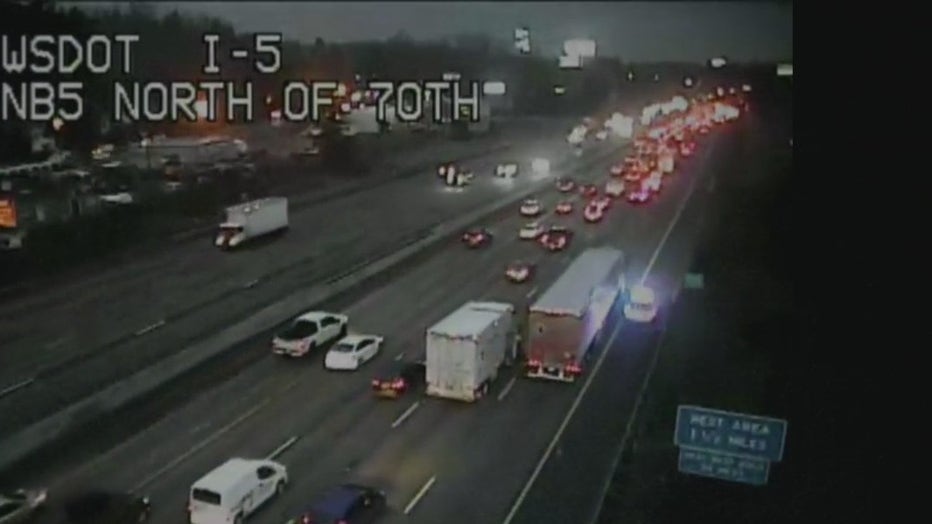 Trooper Robert Reyer said that a tow truck driver who was at the scene was stuck by a semi-truck. The driver died at the scene.