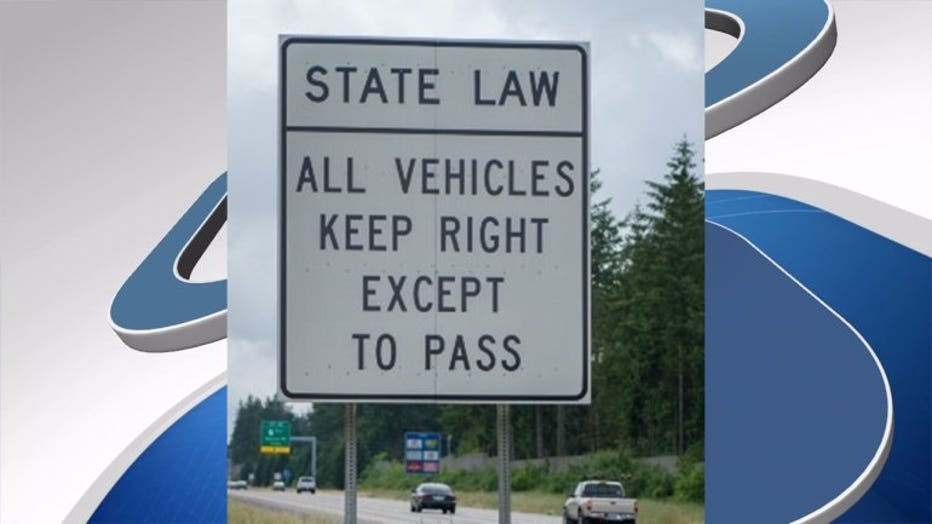 Move over left-lane campers: The Washington State Patrol is cracking down on drivers who won’t get out of the passing lane.

That number may seem high, but it's about average.

If caught violating the state law you could get a $136 ticket.

Drivers who are camped out in the left lane clog up traffic, according to the WSP.

“The majority of the time I find they just don’t know about the law,” said Trooper Chris Webb.

Troopers said they’re not out to make money -- they’re only reminding drivers to follow the law.

“Hopefully we’ll be able to educate a lot of people,” Webb said.