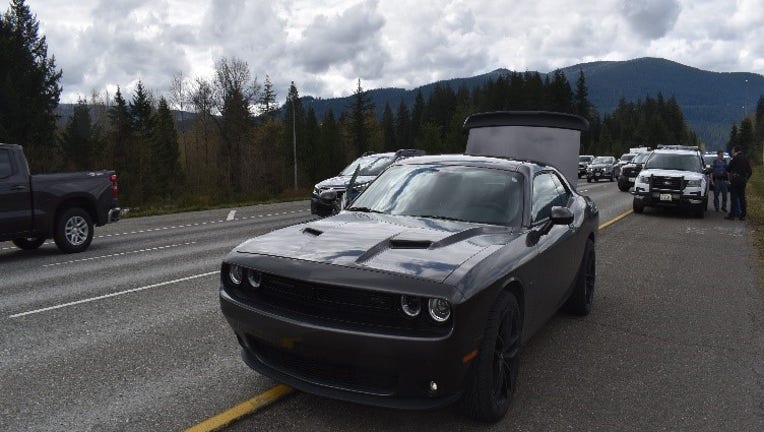 KING COUNTY, Wash. - Washington State Patrol detectives are seeking witnesses of an incident on I-90, where a reckless driver got out of their car and started shooting into the median.

According to Washington State Patrol (WSP), at around 12:10 p.m. on April 15, WSP received reports of a gray Dodge Challenger driving over the speed limit and passing people on the shoulder on eastbound I-90 near milepost 22.

The driver eventually stopped in the left lane at State Route 18, got of the car holding a shotgun with a handgun in a holster and began firing into the median.

Troopers arrived at the scene and took the suspect into custody without incident.

Nobody was injured, and no cars were hit when the suspect fired the shotgun.

RELATED: WSP looking for witnesses to crash that caused car to burn with trooper inside

WSP detectives are asking anyone who witnessed, or has any information about the incident to email Detective Haake at Russ.Haake@wsp.wa.gov.

No information regarding what the suspect was shooting at has been released.