Washington State Troopers say some drivers are taking less cars on the road as an invitation to speed and drive recklessly.

Trooper Rick Johnson with Washington State Patrol says in the last few weeks they have seen an increase in some drivers speeds by a lot. He says in one instance in King County a car was pulled over for going 120 mph. 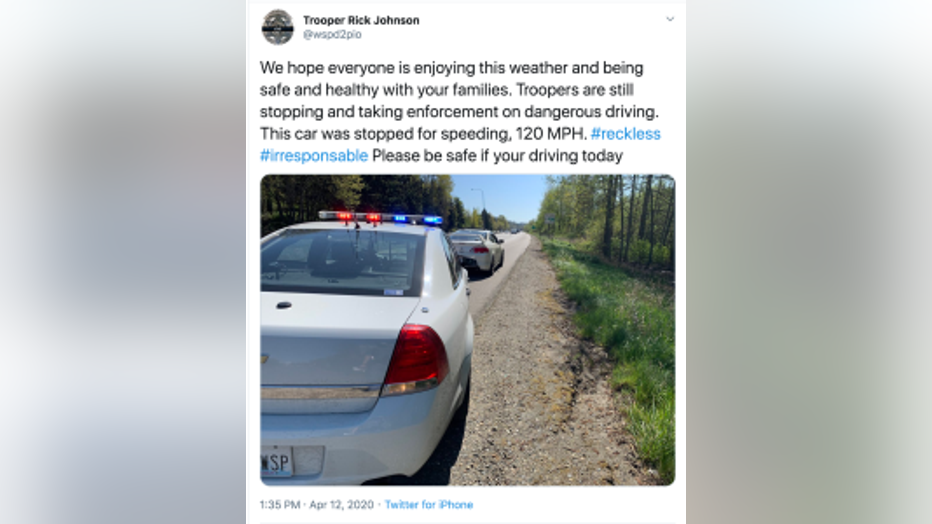 “This is not a free for all. The speed limit still applies,” said Johnson.

Johnson says he can understand driver's temptation to go faster because of the empty freeways, but increased speeds can lead to injuries -- or worse, he said.

He says while there may not be as many cars on the road, troopers will still be out there in patrol cars looking for people not following the law.

While they are seeing an increase in high speeds from some drivers, Johnson says they are also seeing a decrease in collisions and a decrease in tickets written because of less traffic.