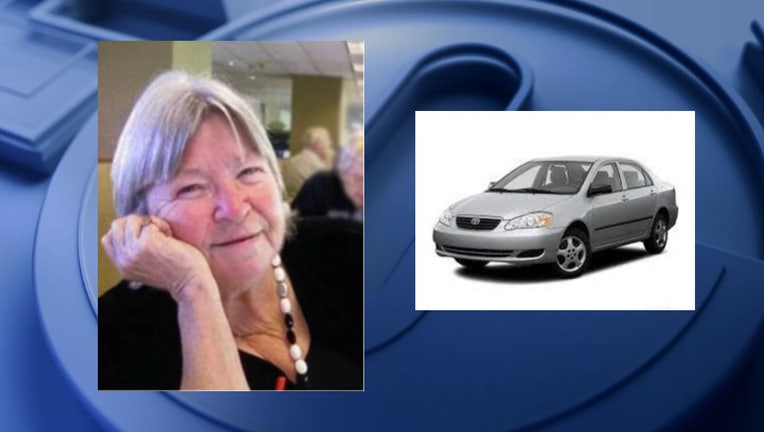 VANCOUVER, Wash. - On behalf of the Vancouver Police Department, the Washington State Patrol (WSP) has issued a silver alert for a missing at-risk woman.

According to the WSP, 75-year-old Carol Rice was last seen on Monday at around 9:00 p.m. in the area of NE 39th St. and NE Edmond Rd. in Vancouver, Washington.

Authorities say Rice stands at a height of 4'10", weighing 195 pounds. She has gray hair and green eyes. She drives a silver 2006 Toyota Corolla with California license plates reading ‘5RHT356.'

The WSP is asking anyone who has seen her or knows where she is to call 911 immediately.