WSP: 3 hurt, 2 arrested in multi-car crash on I-5 in Federal Way

At least five cars were involved in a crash Thursday morning that left three people hurt.

Traffic had already been snarled on northbound I-5 when another major crash blocked three lanes of traffic at South 308th Street in Federal Way.

The vehicle that caused the crash, a Mercedes SUV, was driving up the left shoulder at a high rate of speed. WSP said two people in the SUV fled the scene after the crash, but they've since been apprehended.

According to South King Fire, one person was taken with serious, but non life-threatening, injuries to Seattle's Harborview Medical Center. Two other people suffered minor injuries.

Several lanes of NB I-5 were closed during the investigation but reopened by 1:00 p.m.

State transportation officials said traffic was backed up about 10 miles -- all the way to Fife. 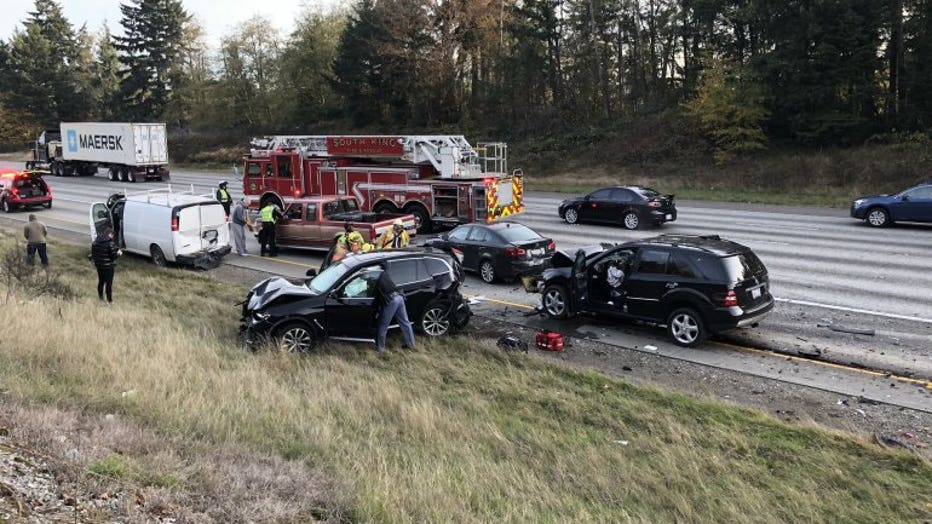