KITTITAS, Wash. -- One person was killed in a crash after smoke from a wildfire made it impossible to see down the freeway.

According to the Washington State Patrol, a brush fire started Thursday afternoon along Interstate 90, just east of Ellensburg. Westbound I-90 had been closed because of the fire.

Later, troopers were called to the eastbound lanes after reports of a multiple vehicle crash with serious injuries.

A medical helicopter landed on the freeway to take a critically injured patient to the hospital, but that person did not survive. 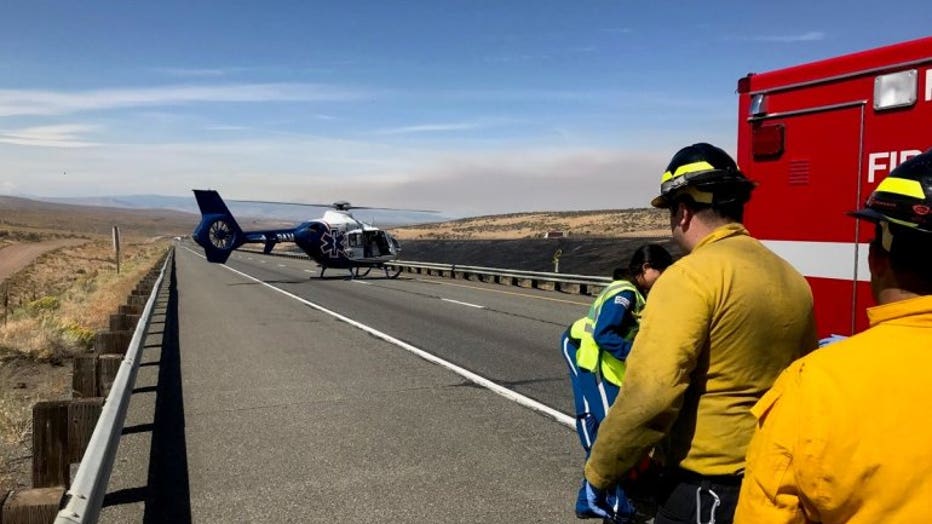 Troopers said smoke over the freeway caused the collision.

WSP said to expect lane restrictions throughout the evening on I-90. As of 2:30 p.m., one lane was open each direction.

The cause of the brush fire is under investigation.